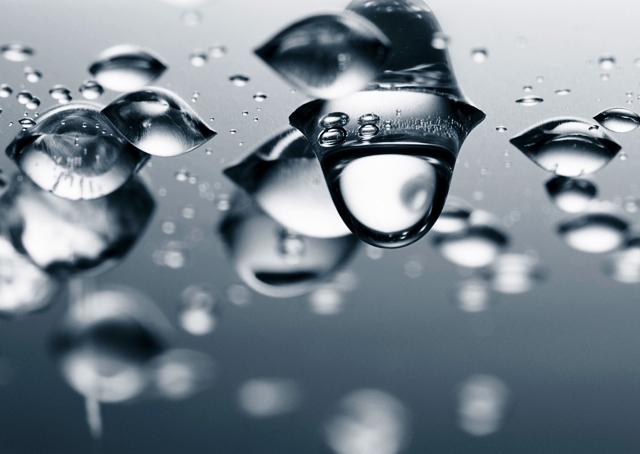 When the seasons change from Spring to Summer, there is always a certain amount of reluctance to fire up the air conditioning in our house until it's absolutely necessary.

After being closed up for the Winter, having fresh air blowing through the house is so refreshing that no one is in any rush to seal off the outside world again until things get too uncomfortable.

The comfort issue for me is more a matter of excessive humidity rather than temperature, and when it gets to the point that I can feel the curtains and furnishings getting heavy and limp with moisture, I know that it's time for the air conditioning to come to the rescue.

Last year, before turning the air conditioning on, I placed a gallon jug under the condensate drain to see just how much moisture would be removed during the first hour. Our 30,000 Btu (2.5 Ton) system for our ground floor removed 1 gallon in the first 45 minutes, which equates to 1.33 gallons per hour.

Our last blog explained that condensing the moisture out of the air is not a free additional benefit of cooling the air, as it comes at a hefty price.

We know that it takes 970 Btu's of Latent Heat to change the state of 1 pound of water to vapor without any change in temperature, and the same is true in reverse when we condense vapor into a liquid.

As you can see, only 2/3 of the cooling power of the air conditioner was being used to cool the air as Sensible Heat, while 1/3 was used as Latent Heat to remove moisture.

After an hour or so of the air conditioner running, as the air in the house became less humid and most of the moisture had been drawn out of the furnishings, more cooling power was available to lower the air temperature.

So remember this next time you go down to your boat to open it up and dive down below to turn on the air conditioning. Boats are surrounded by water and often have water sitting in the bilge or a sump, and they can become unbearably hot and humid down below when left closed up between weekends or for long periods.

Be prepared for the air conditioning to struggle initially to cool the cabin until the worst of the humidity is removed, and keep doors, hatches, vents, windows, etc. closed during this period.

If you have a digital air conditioning control, like the FX-1 from Coastal Climate Control, utilize the Dehumidification mode to keep humidity at low levels while the boat is closed up and no one is on board. This feature uses only minimal electrical power, but the results are quite dramatic.

Your boat may still be unbearably hot when you arrive, but the humidity will be far less oppressive and the air conditioning will cool the boat down a lot faster. You'll also be less likely to have mold issues, and the air quality on board will be much improved.