It's that darn flasher again! 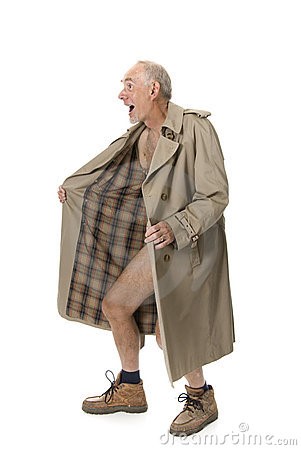 Well I can't actually give away any real secrets, because I don't think anyone really knows what goes on under that mysterious black plastic shell except for the manufacturer, but I do know a fair bit about what can and does go wrong with them.

But first let's take a step back and recap on what the little black box actually does.

The current generation of small, mobile refrigeration compressors from Secop (formally Danfoss) utilize a very simple motor with just three equal windings and no brushes or slip-rings. These three windings terminate in three pins that protrude from the compressor shell and connect to a push-on plug connected to the controller.

It's the controller's job to take the 12v or 24v DC input and spit it out in sequence to each of the windings in turn, causing sufficient torque to turn the rotor and so push the piston in and out compressing the refrigerant gas. So the motor actually gets a modified DC signal, a form of AC in fact, and by varying the rate of delivery of the signal to each winding and effectively altering the frequency, we can make the motor turn at different speeds.

That's it. All pretty simple in theory. As a means of altering compressor speed, the controller uses the switched input from the thermostat, and by adding resistance to this circuit it alters the speed at which the compressor will run. 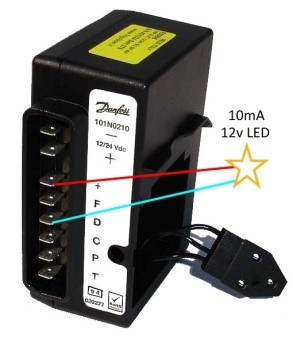 Well lots, actually, but built in to the controller is a diagnostic feature to aid fault-finding. All one needs to do is to hook up a 10ma 12v LED to the controller, and it will flash a code of from one to five flashes in the event that the compressor stops or can't start.

There is a document on the Coastal web site describing these fault codes, but the one I want to concentrate on here is the dreaded three-flash alarm.

The official word from Danfoss/Secop is that a three-flash error is shown because: "The rotor is blocked or the differential pressure in the refrigeration system is too high (>5 bar)". So it's really a safety mechanism designed to reduce stress on the motor and electronics if the difference between the high and low pressures is greater than 75 psi when the compressor tries to start.

When the compressor stops in normal operation due to the thermostat reaching the set point temperature, this differential pressure will normally be quite a bit higher than 75 psi, but then will drop slowly as the pressures equalize through the cap tube or expansion valve. If the system tries to start again too soon, before the pressures equalize to below 75 psi, then the start will be abandoned and a three flash signal will be shown on a diagnostic LED, if one is installed. The system will attempt restarts every 60-90 seconds, and once the pressures have equalized enough the compressor will start and go humming along again merrily as if nothing had ever happened.

If you have an air-cooled or pumped-water-cooled system, note that the fan or pump will continue to run during the compressor's 60-90 rest period and then stop for a few seconds during each restart attempt. This "short-cycling" effect often leads observers to mistakenly assume that the compressor is also running along with the fan or pump. This is not the case. In this type of event, connecting a diagnostic LED will almost certainly result in a three-flash alarm.

The first thing to look for is intermittent breaks in either the power supply wiring or the thermostat circuit. Intermittent bad connections can create momentary breaks which can then make the circuit again too quickly after a break and attempt to start the compressor with too much differential pressure.

This can also be the result of a low voltage situation due to a high-resistance connection in the power supply wiring. If the incoming power drops below the 10.4 volt (standard) cut-out threshold, the compressor will stop and the diagnostic LED will give a one-flash low voltage signal. But with this type of wiring fault, as soon as the load of the compressor is removed from the circuit, the voltage recovers again above the cut-in voltage, the compressor tries to start again too soon and with too much differential pressure, and a three-flash alarm is shown as a result.

If the compressor never can start and always gives a three-flash signal, even when the system is de-powered for a period of hours, then you have some seriously bad ju-ju at work. For the rotor to be blocked, as in the description from Danfoss/Secop, there would have to be a mechanical failure in the compressor, but this is virtually impossible unless you installed the compressor upside down or something similar. Wait... You didn't, did you?

Otherwise, you may have been the victim of some evil form of Electrickery that has fried the electronics in the controller, or that the controller just decided enough is enough and has now become a permanent three-flasher. We did have a period where we saw more than our fair share of permanent three-flashers, but since Secop introduced the latest version of their controller, the 101N0212, things seem to have stabilized.

Coastal offers a testing service for these and other controllers that is free of charge if the controller is found to be defective and a replacement provided or sold as a result. The controllers we sell carry a one year warranty, but that's extended to two years when part of a new complete system.

If you're a travelling cruiser and don't have a diagnostic LED installed somewhere on your BD 35 or BD 50 system, i.e. on a Guardian or Merlin II, then you'd be well advised to make the miniscule investment and install one. Coastal offers them, ready to install, and with full instructions and fault flash code explanations.

So, as you can see, a flasher may be annoying, but it could also reveal some very interesting details!