What does a mousetrap and winterizing your boat have in common? 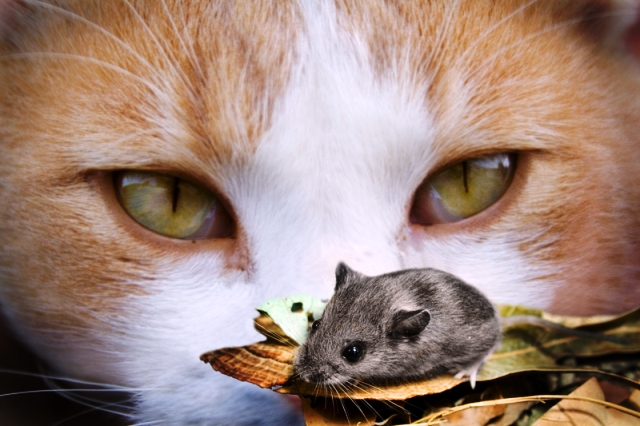 That’s what I’m working on right now. Well, not exactly a better mousetrap, but one with additional functionality. The mousetraps I’m using now are extremely well designed and work so much better than the old spring-and-fling models, but like all mousetraps that I’m aware of, they require checking periodically for “yield”.

So what I’m working on is some form of remote indication of when a trap is sprung. That should be easy, right?

First, some background. These uninvited guests tend to sneak into my house in Annapolis this time of the year, but I can’t find out how and where they’re getting in. Once inside, they traipse around the knee walls and attic chomping on stuff and scratching around during the wee hours interrupting my beauty sleep as I lie awake wondering which electric cable they might have taken a fancy to. I’ve tried mouse repellent and even put up warning signs, but they seem to be repellent resistant and unable to read English, so there’s only one thing for it; they have to be removed, dead or alive.

Some may prefer to use live traps, seeing them to be to more humane. But they don’t solve the noise issue and actually just make it worse, plus now you’ve got a petrified (i.e. it’s now your pet) critter to deal with. No, I’m an animal lover at heart, and the traps I use do the job quickly, cleanly, and humanely, leaving only the tell-tale sign of a tell-tail emerging from the tubular body of the trap to indicate a yield. My mission now is to add a remote indicator so that I don’t have to keep opening up knee-wall accesses and scrambling up ladders to inspect things in the attic.

I’ve settled for a simple LED on thin wires that can be easily squished without damage when knee-wall access hatches and loft doors are closed on them, leaving the LED visible just outside. I have a bunch of slightly used 9v batteries from old smoke detectors that I can use which, when connected to 12v LED’s, give just enough light that it is easy to distinguish between when it’s on and when it’s off. Now comes the big decision: Do I make the deed illuminate an LED when the trap is sprung, or make it extinguish a permanently illuminated one?

The latter configuration is simple. You need only ensure that two contacts are made when the trap is readied for action and that the LED lights up, so that when the trap is sprung it breaks the contacts and the LED is extinguished. But this requires the LED to be permanently lit, which has a certain nuisance factor and will eventually run down the battery. The proposal to instead illuminate an LED has a particular quirk that needs addressing, as the contacts must close and light up the LED without hindering or impeding the operation of the spring portion of the trap that does the business. Like humans, I’m assuming that some of my uninvited visitors will be small, some big (big for a mouse, that is), some with strong, thick necks, and some with delicate torso’s. So the trap must be allowed to work unhindered by the electrical contacts needed to make and complete a circuit to light an LED. This is true no matter how far the moving contact has to move, which is dependent on the size and toughness of the unsuspecting victim. With me so far?

For a prototype I’ve settled on having the LED being lit when the trap is sprung, and solved the conundrum described above by using steel wool for the stationary contact as it offers no hindrance to the workings of the trap, no matter what the bulk and robustness of the target. The finished result is not pretty, and looks like the work of a demented five year old with pyromaniacal tendencies, but it works!

I mention all the above because now is the time of year for many boaters, like mice, to put away their beloved toys and hunker down somewhere warm for the winter, and part of the winterizing process involves dealing with the boat’s batteries. Good quality modern AGM boat batteries will not self-discharge over the course of one winter and do not require removing and storing separately like one should with flooded batteries. But be aware of the fact that simply turning off the main battery switch may not be enough to disconnect every little DC load.

If there are any small “parasitic” loads like clocks, LED’s, etc. left connected, these can drag down the battery during the winter and leave you with a discharged battery in the spring that will probably also be sulfated beyond resuscitation and require replacing. The liquid electrolyte inside a battery that’s left in such a discharged state for any period of time will tend to stratify into its individual components, hastening the sulfation process.

The worst thing you can do with a battery in such a discharged state is to plug in a whopping big mains charger and walk away. Well, actually, walking away is to be advised, and running away would be even smarter! This is because a battery in such a distressed and discharged state can no longer take much of a charge, and what energy it may consume from the charger tends to end up as heat. It won’t take long before there is sufficient heat to potentially melt and/or deform the battery’s casing, plus there is a serious fire risk involved if battery fumes are allowed to escape. We’ve heard tales of molten batteries having to be cut out of battery boxes with chain saws where they have deformed so much and melted in place. I wouldn’t have thought chain saws to be a common boatyard item, but obviously they have their uses.

One way to mitigate this problem is to install a small-to-medium sized solar panel, either permanent or temporary, that will counter the natural self-discharge of the battery over the winter lay-up and possibly also overcome the drain from parasitic loads.

But the best advice for winterizing AGM batteries is to ensure there are no small, parasitic DC loads connected directly to the battery, and then disconnect the negative cable. That should isolate the battery from all DC loads, large and small, and leave it ready for you to simply reconnect in the spring and be ready for action. That should help you sleep well through the winter months, unless, like me, you’ll be checking the darn mousetrap LED indicators every other hour, just in case.

If you choose to disregard the above advice, don’t worry, as Coastal always keeps plenty of high quality AGM batteries in stock ready to meet such requirements.