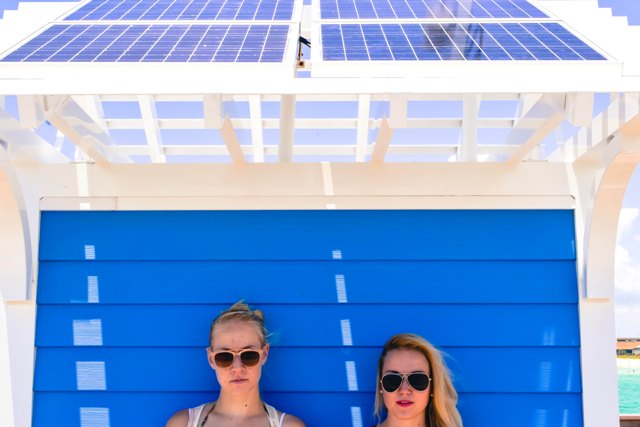 My particular cancer spot was smack-dab in the middle of the top of my head, in a barren plain where hair once grew. I told my hairdresser a week after my treatment that I’d been abducted by aliens and the hole was where they went looking for something interesting but failed to find anything at all, and I almost think she believed me.

When my dermatologist first found the cancer spot I have to admit that I was a bit miffed. At the previous check-up, as on previous visits, she stressed the importance of always using sunscreen and wearing a hat outdoors, advice that I had followed as diligently as possible. But even so, I had still somehow managed to produce cancerous tissue where my hat now always sits outdoors and where the sun don’t ever shine.

It was explained to me that it’s because I’m paying my dues now for my irresponsible behavior of 20-30 years previous. Back then, this once lily-white Brit was sunning and sailing around The Caribbean without a care in the world and with the minimum of clothing. Sunscreen? That was for sissies! Yes, these types of skin cancers take many, many years to develop, which helps to explain the advanced years of my fellow wounded occupants of the waiting room that day.

Another reason that I’m so cautious with sun exposure these days is that my best friend died from the latent effects of skin cancer, and that had a big effect on me. Mike spent many years in the Royal Navy before coming ashore in the US and working in the leisure boat world in Florida, Annapolis, and finally Virginia. By the time he had someone take a look at the growth on his back it was too late, the cancer had spread inwards and eventually compromised much of his once big, strong body. He was a great friend. It need not have happened.

So now we’re off to the Miami International Boat Show, not to be confused with the Miami Yacht Show that runs at the same time but a few miles distant. The latter is focused almost 100% on big boats, where the former has just everything else but big boats. We’re in booths F704/706, so come on by and see us if you plan to attend the show. I’m packing plenty of sunscreen and a few dorky hats to hopefully fend off the solar gremlins. I prefer the sun’s beneficial effects on the solar panels we sell to the detrimental effects of skin cancer, and I need more of that like I need a hole in my head!

Now I’ve lost my train of thought. Maybe the aliens did find something in there …