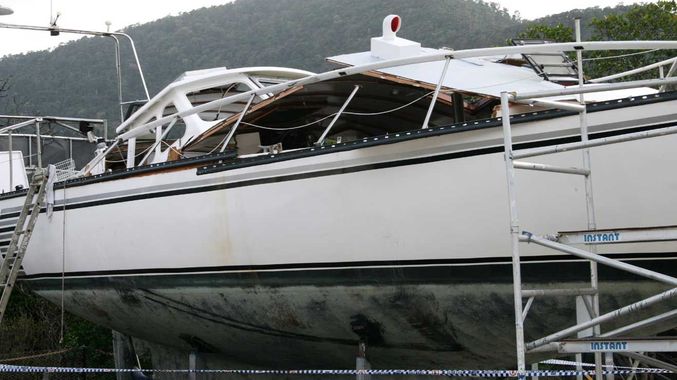 We all make mistakes … don’t we? For me the worst things seem to happen when I rush something or am pushed to a time limit. And having someone look over my shoulder adds an even greater level of stress that can end in a right old fustercluck. Take the time many years ago when a customer insisted he watch as I installed a new alternator and regulator.

I hadn’t been in business that long, and was scrambling for any work I could get in deep, dark rural Virginia, so the chance to install a high-output alternator and remote regulator on a sailboat was welcome indeed. But I hadn’t reckoned on the owner insisting he be on board and watch me, and after a while I just knew this wasn’t going to work. “Don’t worry about me” he said, “I’ll just sit here and keep quiet. You’ll not even know I’m here.”

The turning point came as I was working on the side of the engine and could not banish the image in the corner of my eye of the owner sitting on the settee, leaning forward and scrutinizing every move I was making. This couldn’t continue, and soon it was time to put down tools, be nice and firm, and ask Mr. Owner if he wouldn’t mind leaving his boat and allowing me to work alone. “You make me nervous; I make you nervous, and if you could please allow me to work alone for a couple of hours it will be to both our benefits.” And so Owner begrudgingly left and said he would return in two hours. There followed a big sigh of relief, the countdown started, and the race was on.

Two hours had passed and I was on target for a perfectly timed finish when someone knocked on the hull. Poking my head up out of the hatch, a chap asked in a slow Virginia drawl if I knew there were three screws sticking out the side of the hull. What! Ay Caramba!  It seems that in my rush to complete the job I had assumed that I was screwing into a carpet-covered wood liner in a hanging locker to mount the regulator, but had omitted to verify my assumption. Bad idea.

This boat was on the lower end of the value scale, and cheap carpet material was used extensively throughout to line the interior of cupboards and lockers. I can only presume that this was to prevent the exceptionally thin hull from vibrating and drumming in sympathy with the exceptionally lumpy engine. It was a long time ago, and my memory seems to have conveniently erased the reaction from the customer when he returned, but I know it can’t have been pretty and that I had to fork out for a costly fiberglass repair. It was a lesson learned.

I know I’m not the only one to make mistakes. I once watched a fellow boat worker drill a hole through the bottom of a brand new boat during commissioning. He put a screw in the hole and carried on seemingly unperturbed, and I wonder to this day if that screw is still there.

Then there was the brute with a large hole-saw, probably a 5” diameter, as it was for an air conditioning duct. He kept drilling further and further into a bulkhead without any sign of it on the other side. After some concerned looks and mutterings, he ventured above decks and down the ladder (the boat was on the hard) to check. That was when he discovered the awful realization as to where his errant hole-saw had veered. The bottom half of the round saw blade could be seen sticking through the hull, along with the pilot drill above it, somewhat reminiscent of a cynical smiley-face. J Oops!

Another panic-inducing incident that sticks in my mind happened in another dark corner of Virginia. I was wrapping up a quite complex refrigeration installation on a sailboat on the hard, and had only the sea water cooling pump left to install. This necessitated drilling a small pilot hole from inside the engine room in order to then drill the main hole from outside. The pilot hole seemed to penetrate the hull further than I would have expected, with none of the familiar tell-tale feel of it breaking through the outer skin, so I stopped short and withdrew the drill bit. Once the drill bit was clear, it was immediately followed by a mini-fountain of liquid that, to say the least, was most unexpected. The boat was out of the water, right? I had to check, of course, to maintain my sanity, and we were indeed high and dry, and nowhere near any water. It turned out that the boat had a cored hull right up to the gunwales, not just below the water line as is most common, and the core was completely saturated all the way up. After a while the liquid turned to a dirgy brown color, and with an acrid, pungent smell that suggested it was laced with resins. The boat sat in the yard for the next year or so, with the hull peppered with drain holes, and I presume that it eventually dried out, got plugged up, and lived to sail another day. I presume I was paid for the job as I had all but completed the installation, and lucky for me that I chose to drill that hole at the end of the job rather than the beginning. Another lesson learned.

Later in my career I was fortunate to be contracted to install refrigeration and air conditioning systems for a sailboat dealership where there was a constant flow of identical boats requiring identical installations. That lessened the chance for any major catastrophes, and, practice making perfect, the complete install time was soon reduced to just a few days. It was agreed with the dealer that as soon as a boat would arrive in the yard I would have it to myself for 2 or 3 days, and then I’d be done. Installing air conditioning on a boat is a messy business, with a good deal of sawdust and fiberglass chippings being produced, and necessitating the boat’s interior to be disassembled beyond recognition. Man-traps were lurking everywhere, and, due to insurance stipulations and the fear of litigation, it was agreed that the owners would be required to resist the temptation of checking out their new baby until I had finished. Then they could enjoy their pride and joy back in ship-shape and Bristol fashion.

This worked very well in practice, and with the added benefit that it probably saved me from making any more cock-ups like the three-screws-through-the-hull debacle from my early years.