There ain't no app for that! 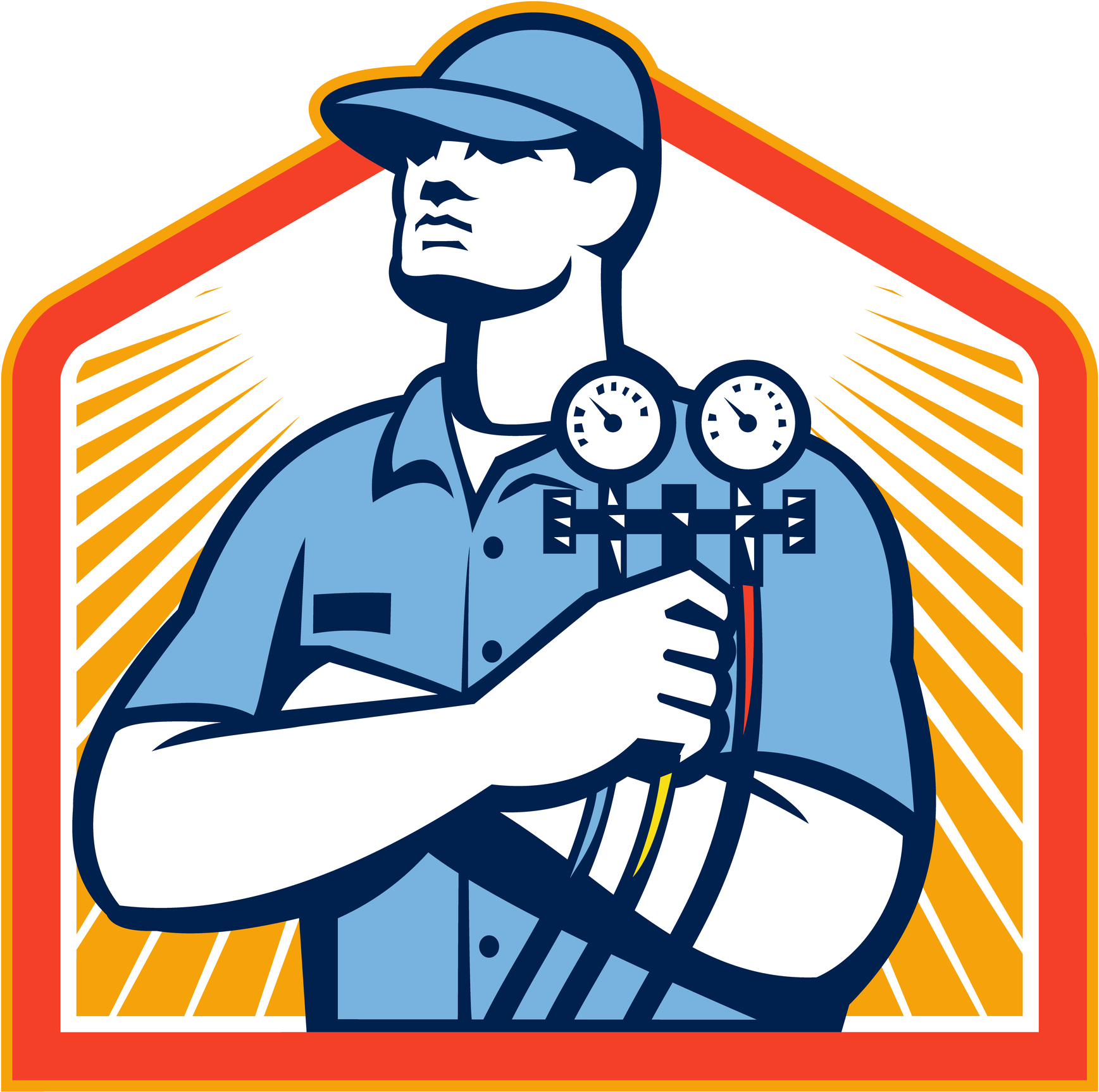 Recently, a customer contacted us for some troubleshooting advice. He said that his refrigeration system was not working and the compressor not running. Apparently he had a technician look at the system who reported that he checked the refrigerant level and said it was OK.

Now that may sound like encouraging words from someone the owner perceived would know a heck of a lot more about refrigeration than himself, but it demands some investigation.

Just like the laws of physics there are laws of thermodynamics, but these are almost incomprehensible to the layman, and appear to most of us as gibberish and gobbledygook. Nothing so simple as "what goes up must come down" and "for every action ..." yada yada.

You'd think that with only four laws of thermodynamics things would be easy, but even the numbering of them seems deliberately designed to confuse. The last of the four laws is the Third Law. There no half-laws, the First Law is the second, and the Second Law the third. The wayward law is designated the Zeroth Law and comes before the first law. (This feels a bit like trying to explain the rules of cricket).

Hidden in those laws somewhere is the revelation that (in very simple terms): if a substance exists in an enclosed environment in both liquid and gaseous forms, the temperature and pressure are directly related. Let's call this the Law of Fridgernomics for ease of association.

Let's take the example of a refrigerant that almost all small boat owners have on board, and many at home too: Refrigerant R290. This is commonly known as propane and is used for cooking and heating, although it does make a very good, if somewhat potentially catastrophic, refrigerant. 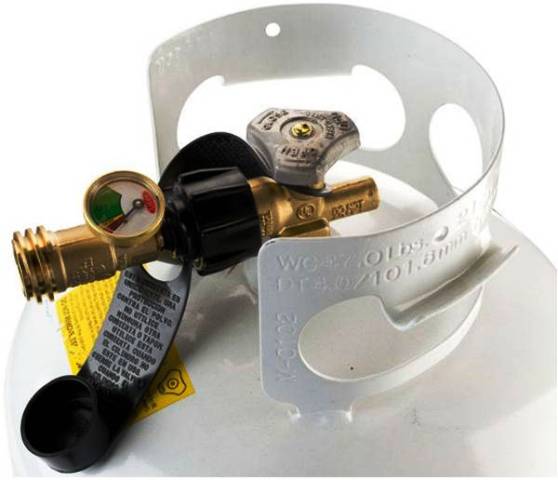 The propane bottle in your propane locker will most likely have a gauge on it. This gauge is a simple pressure gauge, and is not there to tell you how much propane is in the bottle, but whether the tubing and appliance(s) downstream of the bottle are in good order and not leaking. If the system holds steady pressure with the bottle valve closed, then all is well.

The static pressure in the hoses and appliances will not vary much, if at all, with temperature, as it is all gas, but inside the bottle will be a mixture of gas and liquid propane, and so will be subject to the Fridgernomics Law. The pressure will be much higher in the bottle on a hot day than during a cold night, and by consulting a pressure-temperature chart for refrigerant R209 (propane) we can determine the pressure from the temperature and vice versa. i.e. for propane, 40F = 64psi and 100F = 175psi.

Note that the Fridgernomics Law does not specify what ratio of liquid to gas there needs to be inside the container, because this is irrelevant. At any given temperature, the pressure in the bottle will be the same whether it is almost completely full or almost completely empty of liquid propane.

So how can you reliably tell how much liquid propane is in a bottle? Simple ... weigh it. Now back to our refrigeration problem. 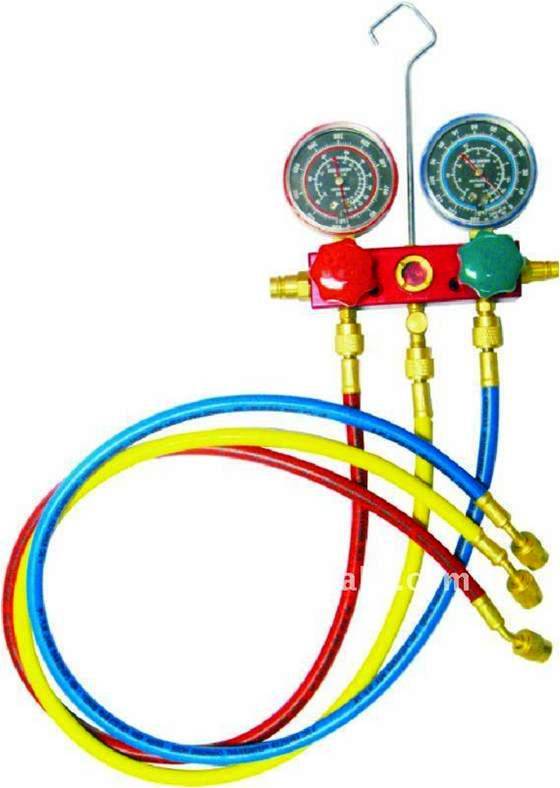 Our customer with the stone cold dead refrigeration system has called in someone claiming to be a marine refrigeration technician, and who may well have come armed with a dubious certificate handed out by a marine standards organization. He (unfortunately, this is very much a male dominated sport with an ice ceiling) most likely sported either a mega-complicated set of refrigerant gauges he got for Christmas, or a museum piece handed down from Grandpappy. (For those not familiar with a refrigerant gauge set, most models look like a cross between an owl and a three-limbed octopus, and the flaunting of them is seen as a sign of much manhoodliness in some societies.)

By connecting the hoses to a refrigeration system, the operator will be able to observe the pressures on both the high and low pressure sides of the system. If the compressor cannot run, and has not been run for some time, the high and low side gauges will be in equilibrium (the same), and will show a pressure that relates to the average temperature of all the components in the system according to the Law of Fridgernomics. The low and high side gauges are designated compound gauges as they show both pressures and the corresponding temperatures for several common refrigerants.

What the gauges definitely will not tell the operator at this stage is how much refrigerant is in the system. A quick check will show if there is at least some liquid refrigerant present, as the pressure should correlate to the temperature for that refrigerant; i.e. for R134a, 70F is about 70psig (the "g" is for "gauge"). If the gauges show only, say, 20 psig on a summer's day, then it can be assumed that there is only a mere whiff of refrigerant gas in the system, and no liquid.

Once the compressor is running, the high side pressure should go up and the low side down, and then, and only then, can a technician begin to determine if the refrigerant charge level is correct.

So one has to ask: 1) How could this "technician" possibly determine that the refrigerant level was "OK" when the compressor was inoperative, and 2) Why is the owner calling us for help getting his compressor started when he's already had what he assumed to be a knowledgeable and trained technician troubleshoot his system? Makes you wonder ....

There is no magic way to see into the internal organs of a sick refrigeration system. To make a meaningful diagnosis one has to take full account of all the symptoms while also taking note of what one sees, hears and feels (no, we don't taste, and smell is only of interest if it is due to burning).

Then it's all down to experience and an analytical mindset, and, unfortunately for all you aspiring marine refrigeration and air conditioning technicians out there, there ain't no app for that.