Super Cool: How to Air-Condition a Super-Yacht 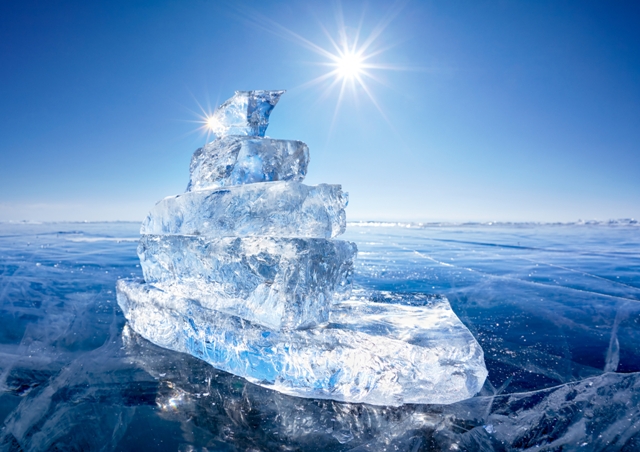 You’ll never see anyone waving to you out of a super-yacht window. That’s not because the occupants are stuck-up unsociables, but simply due to the fact that the windows don’t open.

No wind scoops or Sears window units for these amazing machines, but rather a highly complex and sophisticated HVAC (Heating, Ventilating, and Air-Conditioning) system.

So let’s say you strike oil in your garden and are thinking of ordering a superyacht (defined as being a vessel over 80’). You want only the best and so you want Climma to provide the air conditioning, but how and where does it all start?

The seeds of the system are sown when the design office at Climma is provided with the drawings of the proposed vessel from the designer or builder. These drawings, along with a brief of such details as the proposed area of operation, i.e. Mediterranean only, Florida/Caribbean, Northern Europe only, worldwide, plus desired target temperatures, number of occupants, construction materials, etc., will enable the design team to calculate the heat loads in each cabin or area.

That will lead to a total heat-load calculation for the entire vessel, and from that the size of the heating and cooling plant can be assessed. Typically the plant cooling capacity will be 80% of the total calculated heat load, but this can be adjusted dependent on owner/builder/designer preferences, cost factors (yup, even with a super-yacht), power limitations, etc.

Now that we know what we need, next we need to figure out how to do it.

Although there are theoretically some other options, the vast majority of super/mega yacht air conditioning is accomplished using a hydronics or tempered water system.

In this type of system, commonly referred to as a chiller, water is cooled or heated using a central plant, and is then pumped around the vessel to the individual cooling/heating units in each cabin or area, and back to the chiller to be re-cooled or heated. This is a closed-loop system that is pressurized for leak indication, and contains an anti-freeze mixture.

The cabin cooling/heating units are known by several names, but Climma refers to them as Fan Coils, and that is exactly what they are. The chilled or heated water flows through a coil of pipe rather like a car radiator, and a fan blows or sucks the cabin air through it, heating or cooling the air as it passes through. So simple!

Temperature control is achieved either by a thermostat turning the blower on and off (cheap and simple), or by a water valve that cuts off the water flow through the coil when the set point temperature is reached, thus allowing the fan to run continuously if desired. This is more expensive and complex but does not present on/off fan noise nuisance issues.

An optional electrical heater can be specified on Fan Coils to enable individual cabins to be heated while the chiller plant is in cool mode, and sophisticated controls allow for fan speed adjustment and other refinements.

Once the design teams have agreed on where the Fan Coils are to be located, the size, location, and design of the cabin air intake and discharge grilles can be determined, along with duct sizing and routing.

Particular attention will be paid to the location and size of the water pipes. Pipe diameter will decrease the farther it is away from the chiller plant to ensure adequate water flow through all Fan Coils, and every inch of piping and associated equipment must be well insulated to prevent condensation issues. Fan Coil condensate drains will be gravity fed to the vessel’s gray water system or to a dedicated sump.

The chiller plant will normally be located in the engine room or a separate equipment area away from the occupied portion of the vessel. The plant will typically consist of several sea water cooled compressor/condenser modules that come on and off line as demand varies, and these are rotated in use so that each gets equal run time.

They may or may not have sophisticated variable speed and soft-start controllers for the compressors dependent on budget and owner/builder preferences. If specified, they will have reverse-cycle heating, with additional heat being provided by electrical or oil-fired water heaters if required.

If there are items that require cooling at all times, like a pantry, large TV’s, shore power converters, electronics gizmo racks, etc., even when the main chiller plant is in heat mode, then a separate small cool-only chiller system will be installed specifically for those items. Small compressor units like you’d typically find on a 30-footer are sometimes substituted as a cost-saving measure (or maybe as an afterthought …), but these are far from ideal for the purpose.

Let’s just spare a thought for those poor souls stuck down below on the stuffy super-yacht and unable to open the windows while you enjoy a fresh breeze through your cabin.

Well, actually, that big stink-pot will have an entirely separate ventilation system that draws in fresh outside air and expels the stale air, preferably at a slightly less rate to keep the vessel in a slight positive pressure to reduce dust ingress.

Ventilation will be provided by several Fresh Air Make Up (FAMU) units. Here, outside air is drawn in and is first filtered before being cooled, using the chiller water, to a specific intermediate air temperature to remove moisture.

This filtered, dehumidified air is then re-heated electrically so that it is at normal room temperature when delivered to its designated cabins and areas via its own ducting system. Then an entirely separate ducting system removes stale air from the interior using Extractor units, being careful not to pull potentially nose-twitching stinky air through living spaces.

This combined Fresh Air/Extractor ventilation system will be changing the interior air typically 3-4 times an hour or however often the design brief dictates. When the chiller system is in heat mode, the outside air is heated by the loop water, and electrical re-heat is not normally required.

Galley areas present unique ventilation challenges, and here we may install a powerful dedicated extractor for the stove hood working in tandem with a similar sized blower delivering untreated outside air from a vent close to or above the stove

And that’s about all there is to it! Now the systems have to be carefully installed, often with redundant back-up items like pumps and controls, and then thoroughly tested to ensure the utmost reliability

After all, unlike systems in buildings, when something quits on MY “Oil Sea Ya” when in a remote anchorage far from home, there’ll almost certainly be no local Mr. Fixit to pop round the corner and save the day. Maybe that’s why the biggest and best choose Climma.