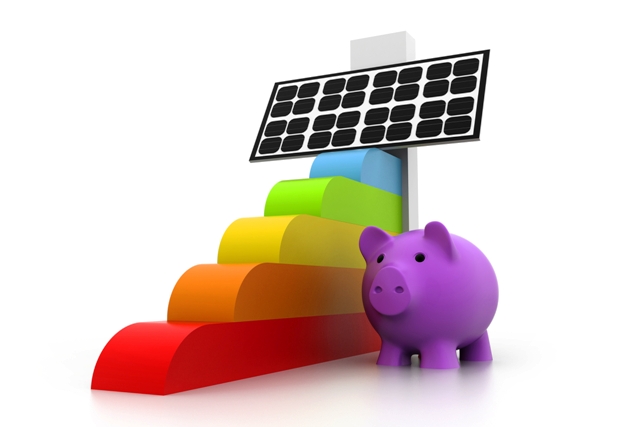 The people at the National Renewable Energy Laboratory (NREL) make this a lot easier by publishing their chart (below) of research cell efficiencies for various solar technologies. This shows the state of play of the very best of the best cells available of each type of solar, measured by their efficiency, i.e. how much of the available solar irradiance is converted into electrical power. Here's a quick synopsis of the chart. 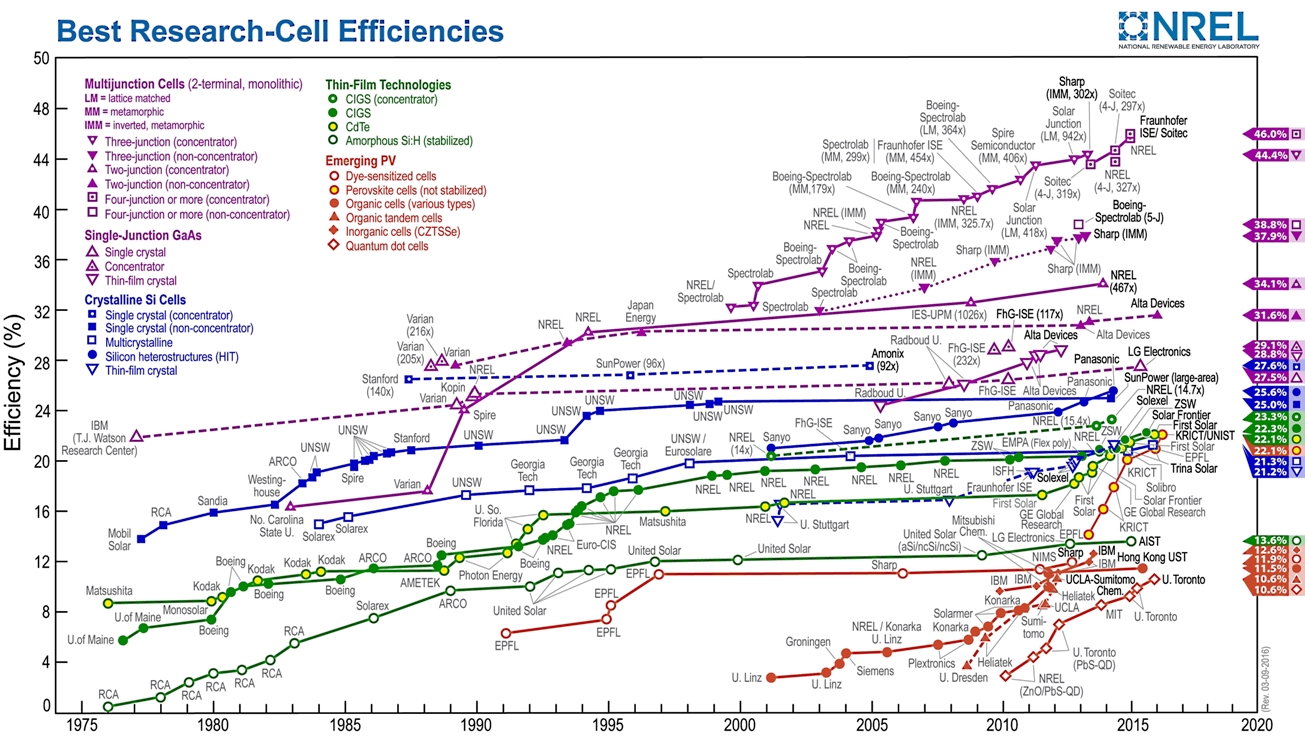 What strikes me most when looking at this chart is that there has been only moderate progress in crystalline and thin film solar since 1995. That's over 20 years! This could well be explained by the current emphasis being more about reducing costs than increasing efficiency.

Of the new kids in town, the Perovskite, organic, quantum, and dye-sensitized cells all show great promise with lower costs, if and when they become available. But their lower efficiencies do not help our marine applications where we need the highest efficiency in order give us the most power within the smallest area.

We occasionally hear mention of bi-facial (double-sided) panels that could theoretically be hung out over the side of a boat in order to use the irradiance reflected from the surface of the water, but the reflectivity off water is very low, even with smooth water, so there are no big gains to be had there.

The bottom line is that for the foreseeable future there do not appear to be any earth-shattering leaps in efficiency on the horizon. So my advice is not to hang around for the next big thing, especially as the 30% solar tax credit will be replaced at the end of 2016 by a lower rate.