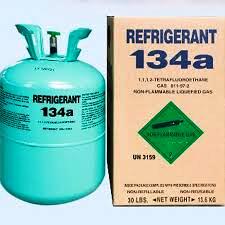 There is much talk and discussion in certain forums about how to determine the correct refrigerant charge level for a capillary tube refrigeration system, but there is only one, simple method that will result in the perfect charge in a Frigoboat system; the frost-line method. Pressures and current draw can be monitored to confirm that these are within expected limits, but there is no better way to guage the refrigerant level than with the frost-line method.

General
The following is intended to be a guide for a boat operator with average mechanical skills. It will describe what symptoms to look for in a correctly charged Frigoboat system so that an evaluation can be made as to whether service is required. No refrigerant gauges are necessary for this evaluation, and their use is required only for major repairs and for evacuating the system.

Warning!
Never use, or allow a technician to use, anything other than pure refrigerant R134a in a Frigoboat system. Cans of refrigerant R134a with additives must never be used, nor must stand-alone additives be introduced into the system. These additives include but are not limited to: leak detecting fluid, leak stopper, dye, extra oil, conditioner, etc. Serious damage can result from the use of such products, which are designed for use only in auto air conditioning systems.

Symptoms of correct and incorrect charge

Correctly charged system
The Frigoboat systems are capillary tube systems, and require a precise refrigerant charge to work at maximum efficiency. Too much or too little refrigerant will result in a systems that will have some cooling effect, but will not be working to it’s full potential. In a Frigoboat system, the temperature of the evaporator is directly related to the amount of refrigerant in the system. There should be enough refrigerant in the system so that the last of the liquid is evaporating back to a vapor at the very end of the evaporator, and just as it enters the suction tube back to the compressor. After running for a time, there should be a slight coating of frost all over the surface of the evaporator, and there should be no condensation or frost on the exposed section of copper tube back to the compressor, and no condensation on the compressor itself. If the system has been installed correctly, the short length of insulation supplied with the system should be positioned on the copper tube starting where it exits the refrigerated box. No other insulation is required, and any extra that has been installed will only cause the system to run at less than maximum efficiency and may conceal symptoms of an overcharge. This short length of insulation is installed to prevent any condensation that may occur as the cold tube leaves the refrigerated box and is exposed to hot, humid air. In a properly charged system, there should be a “tinny, gurgling” sound from the evaporator.

Slightly overcharged system
Too much refrigerant in the system will result in liquid still evaporating back to a gas past the end of the evaporator and inside the tubing going back to the compressor. This means that there is still some of the refrigeration process going on inside the tubing, and there will be a build-up of frost or ice on the exposed section. If additional insulation has been added, it may be concealing this symptom and should be removed. The evaporator may appear and sound normal, but will be at a higher temperature than desired, resulting in longer than expected run times.

Seriously overcharged system
If so much refrigerant exists in the system that it raises the temperature of the evaporator above 32 deg F, the surface will only be sweating and cold to the touch, resembling an undercharged condition. But the copper lines leading back to the compressor, and maybe even the compressor itself, will also be cold and sweating, and there will probably be a sound similar to a mountain stream coming from the evaporator. This is a potentially damaging condition as liquid can reach the compressor where it can damage the valves, since refrigeration compressors are designed to compress gas only.