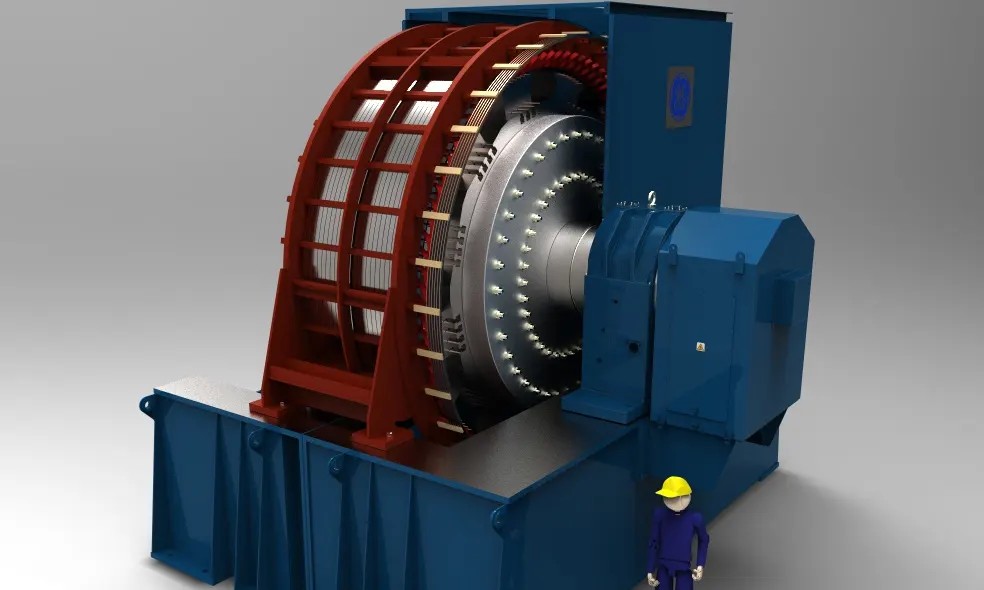 So, let’s say that you bought a 16,000 Btu air conditioner from Coastal Climate Control and politely rejected our suggestion to add an EasyStart compressor soft start device. Then, the first time you try starting it from your aging Ohno generator it issues a disturbing death-like groan as the compressor tries to start, and then the poor thing pops its breaker. So, what just happened there?

Typically, onboard generators are synchronous devices. In other words, they must run at a fixed speed to be able to maintain the correct frequency of alternating current (AC). That’s 60 Hertz (Hz), or cycles per second, in North America, and 50 Hz in most of the civilized world beyond our shores. 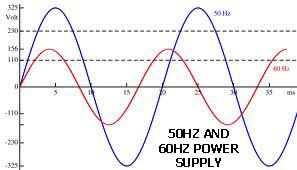 A marine generator generally needs to run at 1,800 RPM (Revolutions Per Minute) to maintain 60 Hz, but at only 1,500 RPM for 50 Hz. You don’t need an abacus to work out from the above that one rotation of the generator produces two complete sine-wave cycles, and if you do you might want to put this blog down and pick up a comic.

There are exceptions to the above. It is possible to find generators that run at twice the speed as shown above, and they tend to be lighter and more compact. But then the gentle hum is replaced with a bit of a buzz, which is not everyone’s cup of tea. Some portable generators are non-synchronous inverter models, where the initial output is direct current (DC), which is then inverted to AC.

Back to our air conditioner. When the compressor starts, it instantaneously puts a huge load on the power supply as the motor torques the shaft from a standstill up to working speed. This “Locked Rotor” current spike only lasts for a few milliseconds, but if the source of power is a wimpy generator, this heavy load can cause it to bog down until a safety mechanism cries “enough”. That’s because when the generator motor slows down under the strain, the output frequency drops accordingly making it even harder for the compressor motor to start, so it’s a downward spiral.

Installing a compressor soft-start device on the air conditioner may be enough to alleviate the problem, and some inverters, like those from Victron Energy, will use inverted battery power to supplement generator output for the brief time it takes for the compressor to start.

Ideally then, we’d like our generator to supply stable power that is strong enough to resist the inrush spike of a motor starting, just like the power from the grid. But it turns out that the electrical grid has its share of problems also.

While undoubtedly beneficial to our planet, the shift away from fossil fuels for power generation and towards an increasing proportion of renewables like wind and solar has caused a bit of a problem. Like our onboard marine generators, coal, gas, and oil power plants utilize synchronous generators that must spin at precise speeds in order to maintain the correct frequency output.

But if there is a sudden demand for power in one area and a local generator starts to slow down under the strain, other motor-generators on the grid are made to speed up to compensate and maintain the frequency. But as we transition from stinkin’, dirty fossil fuel plants and gradually replace them with nice clean wind and solar, it reduces the level of viable frequency compensation that’s available.

The problem is that wind and solar are not synchronous generators, and their sine-wave AC power is produced electronically. While it is indeed possible for these sources to vary their frequency output, there is a time lag involved that could cause a disaster in a bogged-down grid generator in need of a frequency uplift.

Hydro and nuclear generators, both synchronous, could be called on to compensate, but these are site-specific or too few in number to provide the required support. Batteries might seem to provide a solution, but once again there is an unacceptable time-lag involved and they tend to be extraordinarily expensive.

So, what is needed is an instantaneous fill-in frequency-booster that lasts for the few seconds required for the renewable generator’s electronics to kick in to make the necessary adjustment.

Hmmm wonder what that could be …

How about a giant, mega-heavy flywheel spinning away at some phenomenal speed hooked up to a generator and ready for instant deployment as a frequency compensator? Yes, that is exactly what is proposed, and there is already a nascent market for this “inertia” power, even though it’s only required for just seconds at a time. It’s proposed that these flywheels could be situated at converted fossil fuel sites or at existing pumped-hydro generators, and in the future might be replaced by hydrogen-fueled generators.

So simple. What’s not to love?