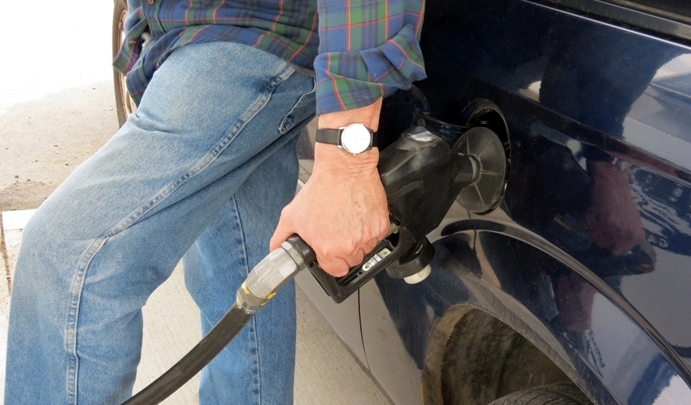 Unlike the gas tank in a car, when we use up some of a battery’s amp/hour capacity, we have to replace it with more than the amount that was withdrawn, and that’s due to losses inherent in the charging process. This makes tracking battery capacity a particularly difficult task and introduces the conundrum of how best to determine when a battery is actually refilled to 100% capacity. Do we make a guestimation and replace x amp/hours used with x amp/hours plus, say, an arbitrary 10%? Or is there a better way?

There are three items on board where this issue comes into play; 1) the battery, 2) charging sources, and 3) a battery monitor, and there needs to be close attention paid to the settings of two of the three.

1. Battery - Determination of when a battery is fully charged is not easy to ascertain, as many manufacturers simply don’t give any guidelines. However, some AGM battery manufacturers suggest that their batteries are at 100% State Of Charge (SOC) when there is less than 0.5% of the amp/hour battery capacity (C) in amps flowing into it from a charge source; i.e. less than 0.5 amps for a 100 amp/hour battery.

2. Charge Sources - This is a really important setting to get right if you have regular lead acid batteries, i.e. AGM, Flooded, or Gel. If the charge source drops from the Acceptance voltage to the Float voltage too early, the battery will not be fully recharged and is in danger of being sulfated from repeated incomplete charge cycles. (Special types of Partial State Of Charge (PSOC) and lithium ion batteries are resistant to sulfation and do not require a complete recharge on every cycle.)

Most good mains powered battery chargers are fully adjustable and so the Acceptance-to-Float determination could be set to 0.5% of C or whatever is determined to be appropriate. Other charge devices, like solar, wind, and hydro controllers, alternators, fuel cells, etc. will all have different Acceptance-to-Float criteria that should be checked to ensure they don’t stop charging before the battery is at 100% SOC, i.e. fully charged. In fact, many chargers and charge controllers simply have a time limit for the Acceptance charge before it changes to the Float voltage, and that may not be long enough for a full charge on larger battery banks.

3. Battery Monitor - These devices can and do accurately track amp/hours in and out of a battery, but some attention needs to be paid to the parameters that determine when the battery is fully charged and at 100% SOC. Tracking amp/hours in and out is the easy bit, but there has to be some adjustment made for the losses associated with the charging process.

For a Battery Monitor to reset to 100% SOC, there will typically be three criteria that must be met; a) specified minimum voltage, b) specified maximum charge current, and c) a minimum time limit for conditions a) and b) to have been met.

a) Minimum Voltage - This setting is to ensure that the battery is actually on charge and should be set just below the float voltage setting of the charge source(s).

b) Maximum Charge Current - This should be set so that it is just above the Acceptance-to-Float current threshold of the charge device(s). This will ensure that the monitor resets itself to 100% SOC before the charge source(s) drops to a Float voltage from the Acceptance voltage. If set too low, the monitor will never reset to 100% SOC. So for a battery bank that is said to be fully charged when the charge current falls below 1 amp, this setting should be around 1.5 amps.

The default for this parameter can vary greatly between different manufacturers of Battery Monitors. As an example, the popular Victron BMV 700 series has this setting at 4% C as the default, so on an 800 amp/hour battery it will indicate a full battery with 30 amps still pumping into it unless the operator changes the setting to something more appropriate.

c) Minimum Time Limit - This is typically set at three or four minutes, and that is the minimum time required for settings a) and b) to have been met.

Some cruisers prefer to do the bulk of daily charging (80%-90%) quickly with a powerful mains charger running from a gen set, and then rely on solar for the top-up. But if the vessel’s daily DC loads are equal to or greater than the daily solar yield, then the batteries will not get a full charge and the Battery Monitor will not show any improvement on that 80%-90% SOC. For this routine to be workable, the daily solar yield would have to be equal to or greater than the sum of the daily DC loads plus the extra required to bring the battery up to 100% SOC.

We survived the Miami show, but not sure whether the Miami show survived us. We’ll have to take a really hard look to decide if we return next year or make a break after a continuous run of over 20 years. Many thanks to all those that stopped by to see us, especially those that said they enjoyed the blogs.