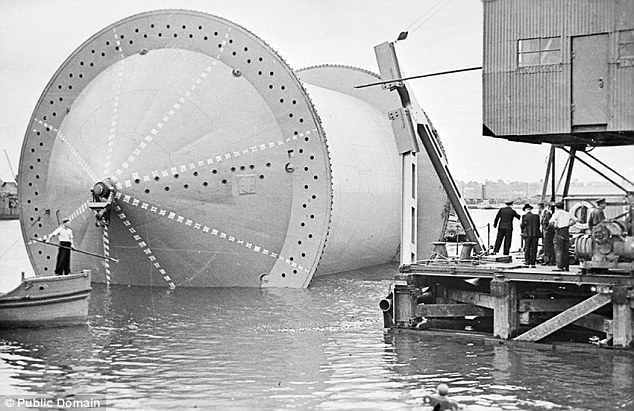 There were all sorts of strange war-related artifacts left around after the second world war in the area of south east England where I grew up. This was in southeastern Kent, which was given the nickname of Hellfire Corner due to its proximity to the coast of France. This little nook of England was on the front line of any attempted invasion and within easy range of marauding airborne bandits, doodlebugs and V2 rockets, mainly due to its misfortune of being in the direct path between London and the enemy. The southern coastal towns were also within the range of huge guns firing from the top of French cliffs that lobbed shells indiscriminately 22 plus miles across the English Channel, causing great disruption to everyday life.

In addition to these real and present dangers there were also plenty of not-so-real things popping up around Kent in the latter half of WW2. There were inflatable fake tanks, fake landing craft, fake aircraft and airfields, and even a fake army, the 1st US Army Group, although under the command of a very real General Patton.

These and other forms of deception, like fake radio traffic and misinformation from double agents, were all part of an overall plan titled Operation Fortitude. The main objective of this plan was to deliver the impression that a massive build-up was underway for an allied assault across the English Channel to France at the narrowest point, the Pas de Calais.

Last week we paid tribute to those who took part in the real allied landings on the Cherbourg Peninsular 75 years ago, which unfolded while the brunt of enemy troops was concentrated further north poised in preparation for the impending fake invasion that never was.

This degree of deception took an extraordinary level of forward planning, especially when having to ensure that the secret didn’t get out. One logistic of an allied invasion that required meticulous planning concerned the supply of fuel to allied forces once they had landed and were advancing inland. Seaborne tankers were slow and easy targets, both underway and when discharging their cargo, so in early 1942 Lord Mountbatten hatched up a plan to supply fuel to an invasion force via a pipeline under the English Channel. Codenamed PLUTO, for Pipe Line Under The Ocean, two routes were planned. One pipeline, codenamed DUMBO, was to be from a desolate shingle beach near Dungeness in Kent to a point 30 miles away near Boulogne. The other, a longer crossing from the Isle of Wight to the Cherbourg Peninsular, was given the somewhat more elegant codename of BAMBI.

Soon, pipelines were being laid to connect these two sites to the main UK pipeline network, and pumping stations and ancillary buildings were being constructed. These were disguised as residences, a garage, and one even operated as an ice cream shop. So, now that the fuel was deliverable by pipeline to the pumping stations ready to be pumped across to France, all that was missing was the undersea pipeline, and that was a real conundrum.

It was a pipeline engineer that came up with the ingenious idea of laying the missing link for DUMBO from a huge floating reel, which some bright spark duly named a “Conundrum”. Imagine a 30’ diameter, 250 ton floating steel drum with 30 miles of pipe wrapped around it. Anchor one end on shore, attach a yoke to the hubs on each side of the drum, hitch it up to a sturdy vessel and tow the bobbing bobbin across the Channel with the pipe unreeling as it goes.

This provided for a suitably speedy crossing of less than twelve hours, which minimized the possibility of detection and helped when tackling the Channel’s strong tidal currents. After successful full scale tests elsewhere in Britain during the preceding year, the first pipeline from Dungeness was up and running in October 1944, and a total of 17 pipes were eventually laid. By war’s end, 4,500 tons of fuel a day was being pumped ashore, and it’s estimated that a total of 172 million gallons of fuel were supplied to allied forces via the DUMBO route and then onward through pipelines laid through France, Belgium and Germany.

Now, 75 years on from PLUTO we have NEMO. This is a new underwater energy artery in a similar vein, but carrying electricity in place of liquid fuel. This submerged power cable stretches between England and Belgium and joins an existing network of similar cables that supply electricity backwards and forwards between the UK and her European neighbors dependent on demand.

The need for flexible power supply arrangements between countries is increasing rapidly as ever more green energy is being produced and the lack of high-volume energy storage exists. If one country has a surplus of renewable energy that it can sell to a neighbor, and that alleviates the need to stoke up a fossil fuel plant, then it’s a win-win situation.

Power can be transmitted in either direction through the cable and is done so in one hour blocks, so the UK can be sending power one hour and receiving it the next. The power is transmitted as high voltage direct current (DC), with rectifier/inverter converter stations at each end to convert it into alternating current (AC) to match the power grid. Sending high voltage DC is more efficient than transmitting AC, and simplifies the synchronization of the incoming power to the customer country’s grid frequency. Get that synchronization wrong, and with 1,000 megawatts at 400 kilovolts (that’s a whopping 2,500 amps by my math), it would not be a pretty sight

What’s next in the pipeline for Britain and her European neighbors? Solving the Brexit puzzle.