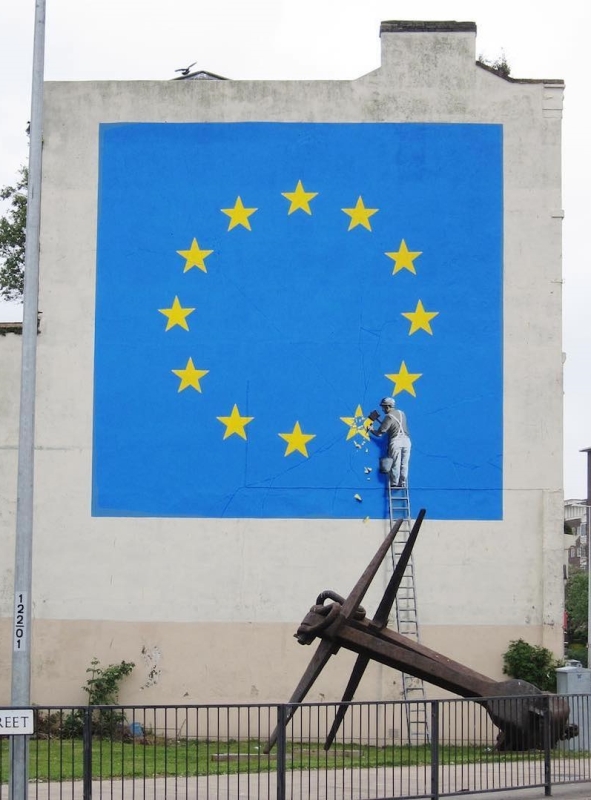 King Henry II began building the castle in the 1180’s, but the Romans had previously built a lighthouse there to guide their ships in after they had rudely invaded in AD43. The fortress was put to a real test in 1216 when it resisted a 10 month siege by French invaders, and one can only imagine the state of the place after that little episode. The chalk beneath the castle grounds makes for easy excavation and has been hollowed out over the years by several levels of tunnels. These were originally started as a defense against invasion by Napoleon, but later served as emergency shelters and command posts during wartime (the Dunkirk evacuation was masterminded from here), and as a secret cold-war era command center for use during a nuclear attack, but that’s a secret so don’t tell anyone!

Building a tall defensive fortress on a high point of land would seem to have abundant advantages. One can see a long way so can spot marauders coming in advance and so prepare for the party. And when the fun begins, the visitors will have to struggle upwards dragging everything uphill with them while being under fire from above. They will also have to shoot their weapons uphill, weakening their effect, while the home team dastardly lobs cannon balls and mortars (cannon balls containing explosives) down on them with very little effort. At the other end of town, there is evidence that someone obviously had a very different idea of an ideal defense structure.

On a high ridge separating the English Channel from the western end of the town is a group of fortifications known as The Western Heights. (Go on, Google it. I’ll wait …) Constructed as yet another form of defense against Napoleon, work started in 1780 and was mostly complete by the time Napoleon’s ambitions were nixed at the Battle of Waterloo in 1815, so, unlike the castle, it was never put to the test. 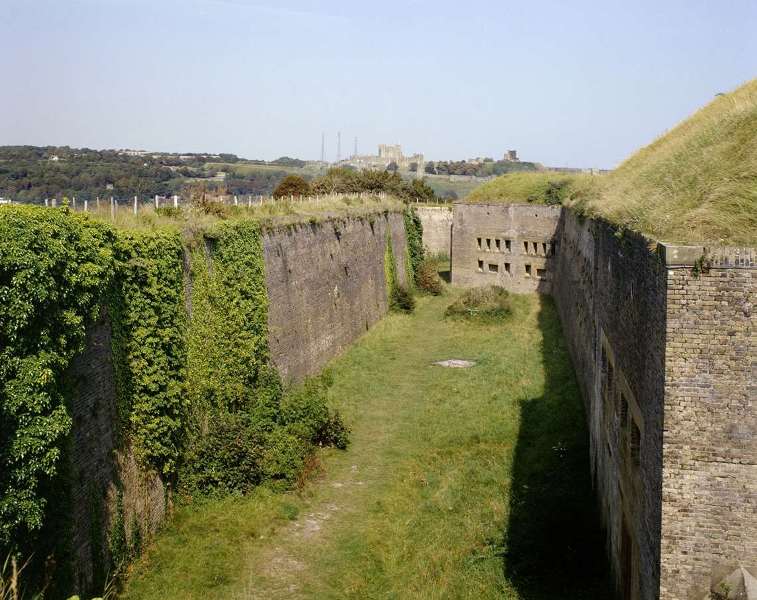 In complete contrast to the castle, these defenses are actually sunk down into the ground and are totally invisible until you’re right on top of them or happen to tumble into one of their deep (est. 25’-35’) brick-lined dry moats. Viewed from anywhere but directly overhead these earthworks are all but invisible, with the most fascinating being the Drop Redoubt. This consists of a five-sided fortress with firing stations at four of the corners, and which has been carved out of the top of the hill surrounded by the dry moat. At one point it housed 200 soldiers and was accessed only by a drawbridge across the moat to the top of the fort that could be drawn up when the enemy was approaching.

Ever since scrambling past the barbed-wire on the now-missing drawbridge as a youth and illicitly exploring the interior, I have questioned the logic of this hidden, sunken fortress idea. Okay, so the first one or two invaders that stumbled on/into those deep gullies would have received a nasty surprise, but surely the word would have quickly gone out to those behind, that the silly Brits had sealed themselves into a hole in the ground and didn’t pose a threat to anyone. All they would have had to do is quietly tip-toe past, over to the right a tad and it would have been next stop London! And just imagine being holed up inside this place unable to see what’s going on beyond the moat, not even being able to direct fire at anyone except at any poor souls wandering into the gulley by accident. They wouldn’t even have been able to wave at their buddies safely ensconced high up in the castle at the other end of town, so surely it would not have taken long before questions were asked as to who was responsible for such a subterranean folly.

I wonder what it was that prompted such a radical re-write of the book “How To Build An Impenetrable Fortress” 600 years on from Dover Castle’s inception, but maybe it was just down to simple economics and logistics. Let’s face it, it would have been so much cheaper, easier, and quicker to have dug a hole in the ground and chuck the spoil over the cliff than having to lug material in from afar and arduously pile stone-on-stone and brick-on-brick in order to build up a massive solid structure from the ground up. And if you’re going to go underground, best do it on a truly grand scale like the well-hidden nuclear-proof shelter that came 150 or so years later under the castle. Oh, right, but that’s a secret, isn’t it …

So where were we? Oh yes, for all those cruisers bound for Europe, Dover will soon have a wonderful new marina. England will one day again be adrift of Europe, and the Brits should all breathe a sigh of relief that Napoleon never got to visit Dover’s Western Heights. But don’t pass up the opportunity for a visit yourself should you find yourselves in those waters.