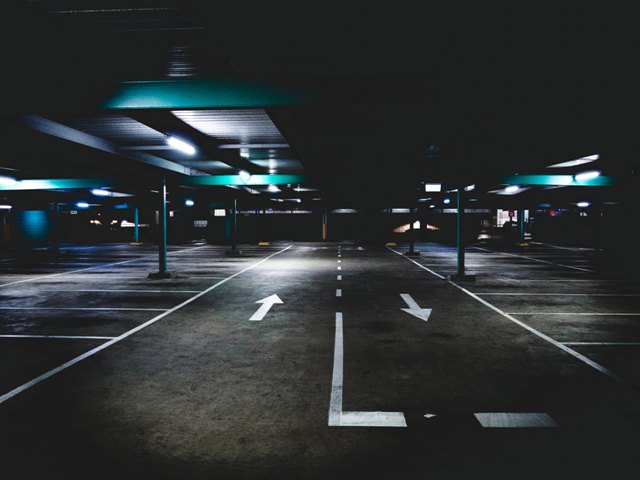 Decisions, decisions. We often get faced with situations that require making a quick decision or a choice one way or the other.

To some this comes naturally, to others (like me) it is against our natural tendency to want to analyze the situation thoroughly and then methodically choose one course of action over another.

My recent yearning to try playing some sort of musical instrument is a case in point. I have a lovely acoustic guitar that sits un-played for most of the year and then gets the Leo Kottke treatment when my friend Bruce comes to stay, but I never really got in to it. For a while I pondered giving the acoustic another stab, but then one day a fellow exhibitor at a boat show suggested I give the bass guitar a go, as that was his instrument of choice. His reasoning was that:

1) it has only four strings,
2) you plonk along playing only one note at a time, and
3) if you make a mistake no one notices!

Perfect. The choice was made. So, now that I’d settled on being a plonker, I needed to see some live action in order to analyze how the professionals do it.

First up was David Byrne, he of Talking Heads fame. His stop at the Merriweather Post Pavilion near Annapolis was in the midst of a massive, multi-country tour that utilizes some very unorthodox stage effects, or rather the lack thereof. By this I mean the stage was absolutely completely bare of anything: no drum kits, no monitors, no speakers, nothing, just a bare floor and a floor-to-ceiling, silver-fringe, walk-through curtain as a back-drop. When the show started, the musicians and backing singers materialized through the curtain with their instruments strapped to them and then proceeded to play while plying the stage in synchronized patterns, at times swaying and dancing. The eleven-piece ensemble, all dressed in identical grey suits, as was Byrne himself, although bizarrely his had extra pockets, entered and left the stage now and then through the curtain. The lights stayed monochromatic through the entire show except for one number that got a red-tinged treatment, as I recall, and there were no back-projections or special effects of any kind. This may sound terribly boring and mundane, but in reality it was a wonderfully slick and well-rehearsed musical and visual experience which worked very well, as witnessed when the unmistakable opening strains of “Once in a Lifetime” got the whole place rocking.

Next event was Phish, who are in a very different kettle to David Byrne. For those of you that don’t know of them, this is a four-piece band that has been around since the ‘80’s and has a huge following amongst those with, hmm, let’s just say a free and easy lifestyle. They seem to have taken over where the Grateful Dead left off, and play a blend of various musical styles with sometimes lengthy improvisations. For the second of a two-night stop at Merriweather they had the full Monty of a massive sound system, swiveling and swirling lights of every color, and an audience that just loved everything they did. Phish didn’t need to march around the stage, they apparently didn’t even need to talk or get cozy with the audience, they just needed to be there and play while light-sticks, balloons, and other strange objects filled the air in the auditorium along with wafts of herbal smoke. To my ears the music was so-so, and the band seems sadly to have lost the edge they had on their excellent live CD I have from the ‘90’s. However, I was encouraged to hear the guitarist often not picking on truly harmonious notes, so maybe he’s a bass player at heart. None of that seemed to matter to the faithful Phish-heads, and at one point the lady next to me gleefully showed me the list of songs Phish had played at the last seventy of their concerts she’d been to, as well as those they’d played the previous night. Oh yeah, she was there for that one too.

I had also smelled that herbal smoke much earlier in the evening when I thought I’d be arriving at Merriweather nice and early so as to get a good parking spot to facilitate a quick exit afterwards. Instead, I found that Phish-followers obviously start pre-concert activities very early. The parking I had booked turned out to be in a multi-story parking garage, and on arrival cars were being shepherded in past blocked off areas, including a completely empty ground floor, and on up the ramp skywards. I would never have imagined that you could have a tailgate party in a parking garage, but then I’d never been to a Phish concert before, and that drab and dreary parking garage was really buzzing. It was one big, loud, happy party, with the typical aroma of grilled burgers and hot dogs being replaced by that of burning weed.

Progress uphill turned into a slalom of dodging wayward folding chairs and tables while having to be acutely aware of the many carefree individuals that seemed to step out obliviously in front of my electric-powered, no-noise, Chevy Volt. But then, finally, the first vacant parking spot presented itself … on the eighth floor. The eighth floor! I could see it taking hours to get out of that concrete nightmare after the show, but what choice did I have?

Well, actually a choice did present itself as my fellow concert-goer and I exited the elevator onto the eerily empty ground floor and shuffled through the garage towards the show, past several electric vehicle charging stations. Ah, yes, those were EV charging stations, and I was driving a Volt …

OK. Now was the time for one of those quick decisions, something totally against my nature. Do I head back up to the eighth floor, jump in the Volt and try to find a way to the ground floor charging station? Or, do we accept our slow-descent fate with all the other eighth-floorers? What if I were to get all the way back down and still couldn’t get to the charging station? Well, make it down I did, which was a miracle in itself as I was then doing a downhill slalom with late-comers’ cars coming at me uphill. A quick word to the nice young lady managing the barricade, and seconds later I had the whole ground floor parking and all three charging stations to myself. And that’s how it stayed until we returned, ears ringing, several hours later in the company of lots of happy Phish fans, none of whom seemed to notice as we jumped in the now fully charged Volt, headed for the exit, and were off on our way home within minutes.

Of course, I don’t always make the right decisions, but for now I’m very happy plonking along on my bass guitar accompanying Coastal Climate Control’s resident superstar Glenn at open-mikes and such. So thanks to Ken from Porta-Bote for suggesting I try the bass guitar, thanks to rockin’ bass man Pat from Peterson Marine for the encouragement, and thank goodness that no one hears all my bum notes. They don’t hear them, do they?