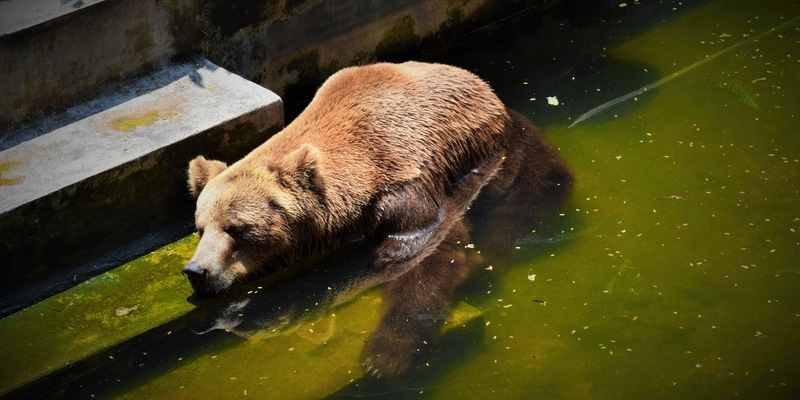 I was called up for jury duty a while ago, and on the second day of the trial I decided to take a leisurely walk from home into town rather than getting a ride. Although it was during a really hot spell in Annapolis, it was before 8am and so I didn’t expect any undue effects from the heat as I was wearing only a cotton dress shirt with no tie or jacket (plus other stuff from the waist down, of course). By the time I reached the courthouse door, I had but a mere hint of perspiration, but in the time it took to get through security, my metabolism had switched into overdrive and left me oozing sweat from every pore, with my shirt visibly wet both front and back.

Next I had to traverse across the waiting hall to reach the jury waiting room, with 100+ seated souls all looking in the direction of this sweat-ball parading past them. You know, initially I thought that the sizeable number of prospective jurors in shorts, flip-flops, scanty flimsy dresses, and t-shirts with foul messages, must have missed the memo about dressing soberly and respectfully. On reflection, though, I’m now of the opinion that this was an intentional move on their part in order to hopefully not get picked for service. Maybe it was me that missed the memo…

When we get hot, we perspire (gentlemen), or glow (ladies), or sweat (men, animals, boatyard workers, etc.). I sweat. This is a natural occurrence which cools us by the act of the sweat evaporating and lowering the temperature of the skin by utilizing the effects of the latent heat of evaporation. Unless the subject has consumed vast quantities of garlic the night before, this is typically an odor-free event. Moving air across the skin speeds up the process and promotes more effective cooling, and the warmer the air, the more rapid the evaporation.

What happened was that when walking outside in the open air I was indeed sweating, but it was evaporating quickly and caused no visible signs of wetness. But once in the air conditioning, where the air temperature was much lower, the evaporation process slowed to a crawl. This, plus the fact that cold air can absorb far less moisture than warm air, resulted in my sweat being evaporated at a much lower rate than when outside. So for the first few minutes inside the building I was sweating at the same rate as outside, but it was not evaporating as quickly and ended up being absorbed into the cloth of my shirt. Those ghastly wet patches took considerable time to evaporate, long enough to evoke plenty of sniggers and looks of derision from the shorts/t-shirt/flip-flops “they’ll-never-pick-me-looking-like-this” crowd.

This combination of warm air plus air movement is used in many household drying devices such as hair driers and tumble driers. The warmer the air the more moisture it can absorb, and the faster the air moves across the object, or the object through the air, the higher the rate of evaporation. Using a hair drier set on cold will result in nothing more than claggy, wet hair and goose bumps, while having it on heat but with very low velocity will produce the dreaded hot-headed brittle-hair frizz. So why is it that after, say, working up a perspire/glow/sweat laboring on non-air conditioned boats, we seek comfort in the sanctuary of our vehicles and sit in a blast of freezing cold air?

Well, it’s simply because it feels good… initially. We feel wondrous relief that we are being cooled down, but soon find that we are left sitting in cold, sweat-drenched clothing. The answer is obvious; turn up the heat. But what normal sane person would want to do that?

Actually, you don’t need to crank up the heat to max, and it will take a while for the engine to warm up enough for that anyway (unless it’s an electric heater a la my Chevy Volt), but substituting a gentle warm breeze for the arctic blast will quickly make you feel more comfortable and dry.

Back in the courthouse, I was now comfortable, dry, and semi-presentable, and it was time for deliberation in the jury room. For those of you not familiar with this process, the twelve jurors are locked in a room with a guard at the door. There are on-suite toilets, and lunch can be ordered and delivered, if necessary, but no contact with the outside world is possible since they confiscate all cell phones and similar devices.

Now you are stuck with each others’ company until you can all find a way to agree on a verdict. We started off evenly divided, but gradually all twelve of us swayed towards one verdict. I often wonder what it was that made some of those who initially had such strong opinions in one direction, jump the fence and change camps. Was it deep soul-searching, mind games, fear of being the odd man/woman out, or simply wanting to get the hell out of there and light one up, or get a cold one down?

After this experience, I sincerely hope I never get into such serious trouble that twelve strangers, some of whom may be drinkers, some smokers, and some craving who knows what, find themselves cooped up in forced isolation for hours on end and left to decide my fate. It is indeed a sobering thought.