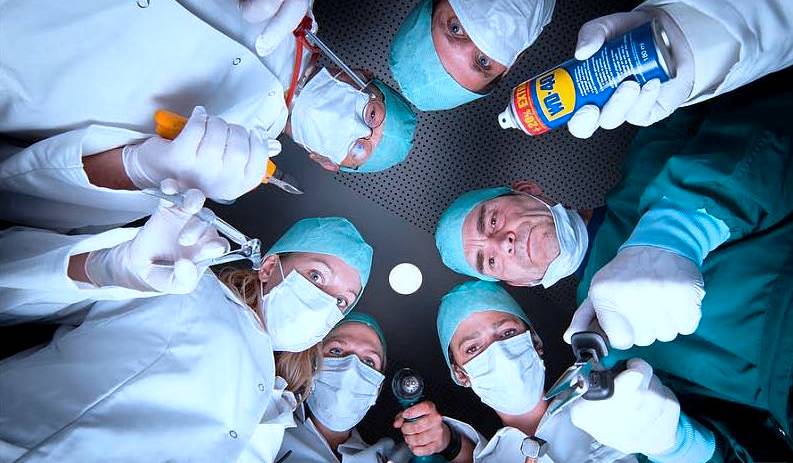 It’s a boat. Something’s going to break, and if you’re in the middle of the ocean or in a deserted anchorage in Paradise, who’s going to fix it? There’s no handy-dandy repair chappie down the road, and no one to beg come and mend it, so if you don’t fix it, it stays broke. Simple.

For household appliances, whether in a terrestrial abode or in use on a vessel, things may soon be easier and cheaper to fix, thanks to proposed regulations being put forward in Europe and some 18 US states. Loosely termed “Right to Repair” bills, these would compel manufacturers to make products that come apart easily for inspection, and to have instructions and spare parts readily available to anyone wanting to attempt a repair.

These bills would also require manufacturers of high-end appliances to allow any service company to repair their products, not just those sanctioned by the manufacturer. This sort of regulation will be welcomed wholeheartedly by geeks like me who just love taking things apart to see how they work.

This push for legislation is an effort to reduce the amount of appliances that are simply dumped onto the landfill because they were never designed to be taken apart and repaired. Either that, or they end up in the dump because they are not suitable for recycling or there is too little recyclable value in the components.

This is all part of an effort to reduce carbon emissions produced during the manufacture of new products, and also from the disposal process of faulty appliances.

Now you may argue, as some manufacturers do, that for an older appliance, there will be less carbon emission over time if a newer, more efficient appliance is purchased. That seems to be debatable, but even so, surely the more stuff we keep out of our landfills the better. If an older machine is performing well and the owner is satisfied with it, then a repair would seem to be a better, less expensive, and more convenient solution than replacement.

Of course, that assumes that the item is not obsolete and that replacement parts are still being manufactured.

There will be many hurdles to clear before this proposed legislation sees the light of day, and no doubt there will be much debate ahead. I’m sure the legal departments of major manufacturers will not be looking forward to formulating appropriate verbiage to protect their company against a flood of potential litigation.

Imagine them having to account for the fact that any odd-jobber or gung-ho home-owner might soon be actively encouraged to make an attempt at repairing one of their products! You typically only make one mistake when dealing with mains electricity...

To be able to repair something in an appliance, you must first know what bits are broken so that you know what to replace. Otherwise, you could end up replacing a number of perfectly good bits along the way towards stumbling across the culprit, ultimately spending more than the cost of a new item. And let’s not even think about all those unnecessary carbon emissions.

So who is going to guide the frustrated blender owner through a logical troubleshooting process to find out why the Pina Coladas come out more like Pineapple Chunk Soup?

Those tasked with formulating these “Right to Repair” bills might take a few hints from the Frigoboat online troubleshooting guides and videos.

While not going into details about the refrigerant side of things, a Frigoboat owner should be able to find out what is going on with an underperforming or non-performing system and work out a solution. Most replacement parts are readily available and can be delivered to some of the most remote locations, even maybe to Paradise. Pina Colada anyone?