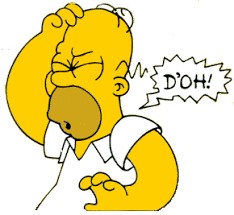 Recently we witnessed scenes of euphoria in mission control for the Mars 2020 mission as it gently lowered its Perseverance rover on to the surface of Mars. A fantastic achievement indeed, and the subsequent celebrations were thoroughly justified.

But spare a thought for what must have been a very different scenario for a similar occasion 22 years previously.

Back in 1999, after a journey lasting 10 months, the $125m Mars Climate Orbiter which, as its name implied was supposed to orbit the red planet and gather climate and other information, was seen to venture a little too close to the planet surface for everyone’s comfort. Shortly after, communication was lost ... forever. Like Icarus on his visit to the sun, this device’s curiosity got the better of it, and presumably it either burned up or shot off into deep space.

What a bummer, so what went wrong?

Well, it later transpired that the Orbitor was given incorrect instructions for the amount of force the thrusters required to slow it down and position it into orbit. It seems that one side of the room was working in the English units of force, i.e. Pound-Seconds, while the other was using the metric equivalent of Newton-Seconds, and somewhere a vital conversion got missed.

Someone didn’t get the memo. Big oops!

This is not a new problem. Christopher Columbus miscalculated the circumference of the earth when he used Roman miles instead of nautical miles, which is part of the reason he unexpectedly ended up in the Bahamas on October 12, 1492 and assumed he had hit Asia.
In 1997, the plucky Naomi James was en-route to becoming the first woman to circumnavigate east to west alone when she became increasingly frustrated over persistent large errors in her sextant position calculations. There was no GPS or satphone in those days, and it was only when she was in radio range and able to talk to her ocean-racer husband that the problem was identified. She had made the simple mistake of using the longitude distance scale at the bottom of her chart and not the latitude scale on the sides to measure distance between fixes.

I too have been known to make a gaffe or two in my time, but they have not always been my fault. I once filled an almost-empty diesel tank with 40 gallons of water in the middle of a race week in one of the most exclusive harbors in the world: Porto Cervo, Sardinia. No apres-race showers for the crew that day, and a long night for me having to extract and furtively dispose of bucket loads of stinking diesel-tainted water without leaving a tell-tale sheen on the pristine harbor water. I own that one.

Sometimes we can be fooled by thinking that a manufacturer could never make mistakes, and so are the last ones to suspect of negligence or plain incompetence, but it happens. 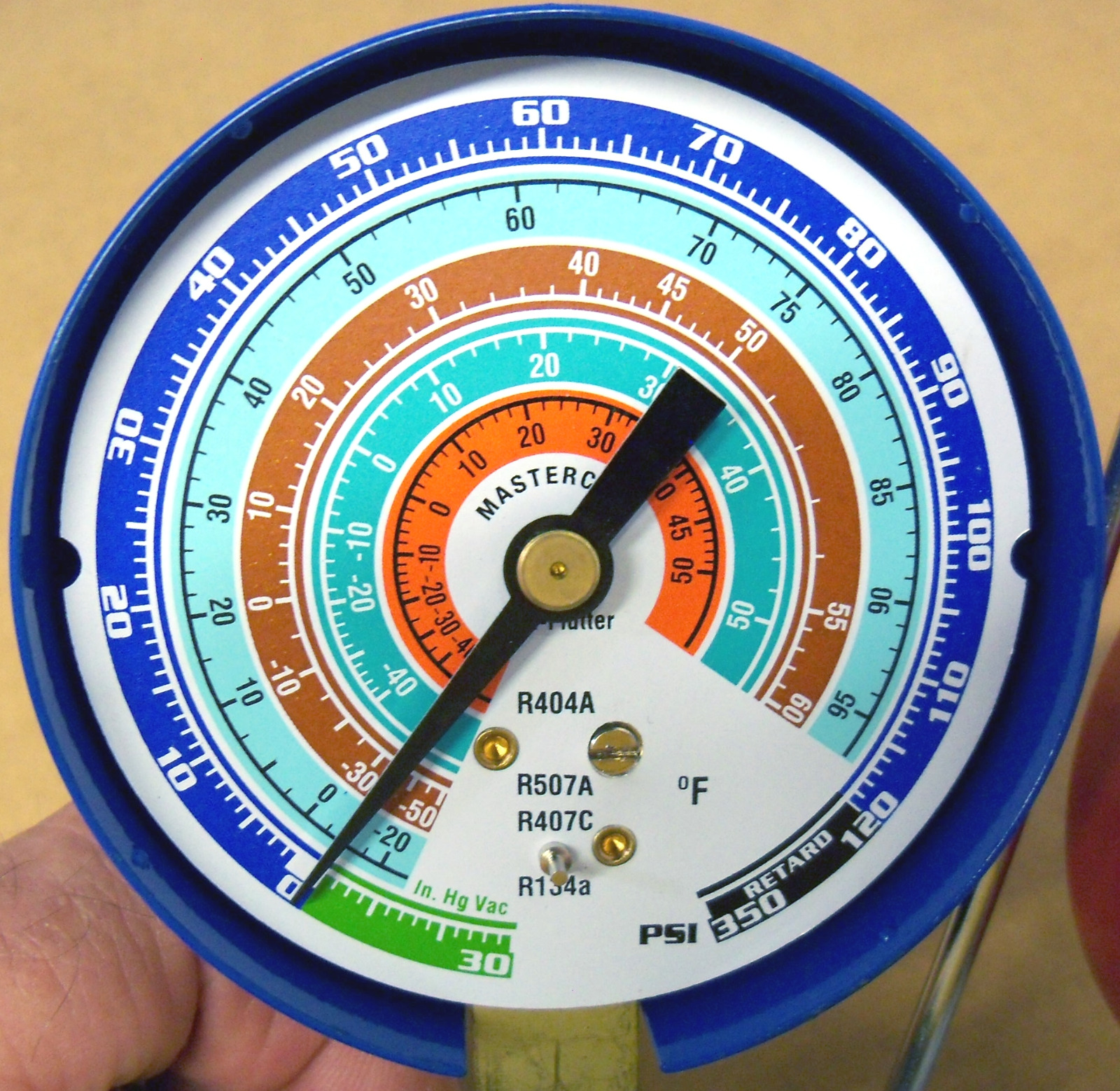 Recently I was giving some guidance to a colleague in the use of refrigerant gauges when I had the need to seriously doubt myself. What I was preaching, honed from 30 years of tinkering, just did not match up to what the analogue suction gauge was indicating. At the time I managed to fluff my way through it, but later took a hard look at things and found that the scale on the printed label was distorted. Somehow the scale for R134a had been mysteriously s-t-r-e-t-c-h-e-d between 0 and 10 deg F, and so the pressure/temperature relationship in that range was inaccurate. It wouldn’t matter that much except for the fact that this is the most used area of the dial! 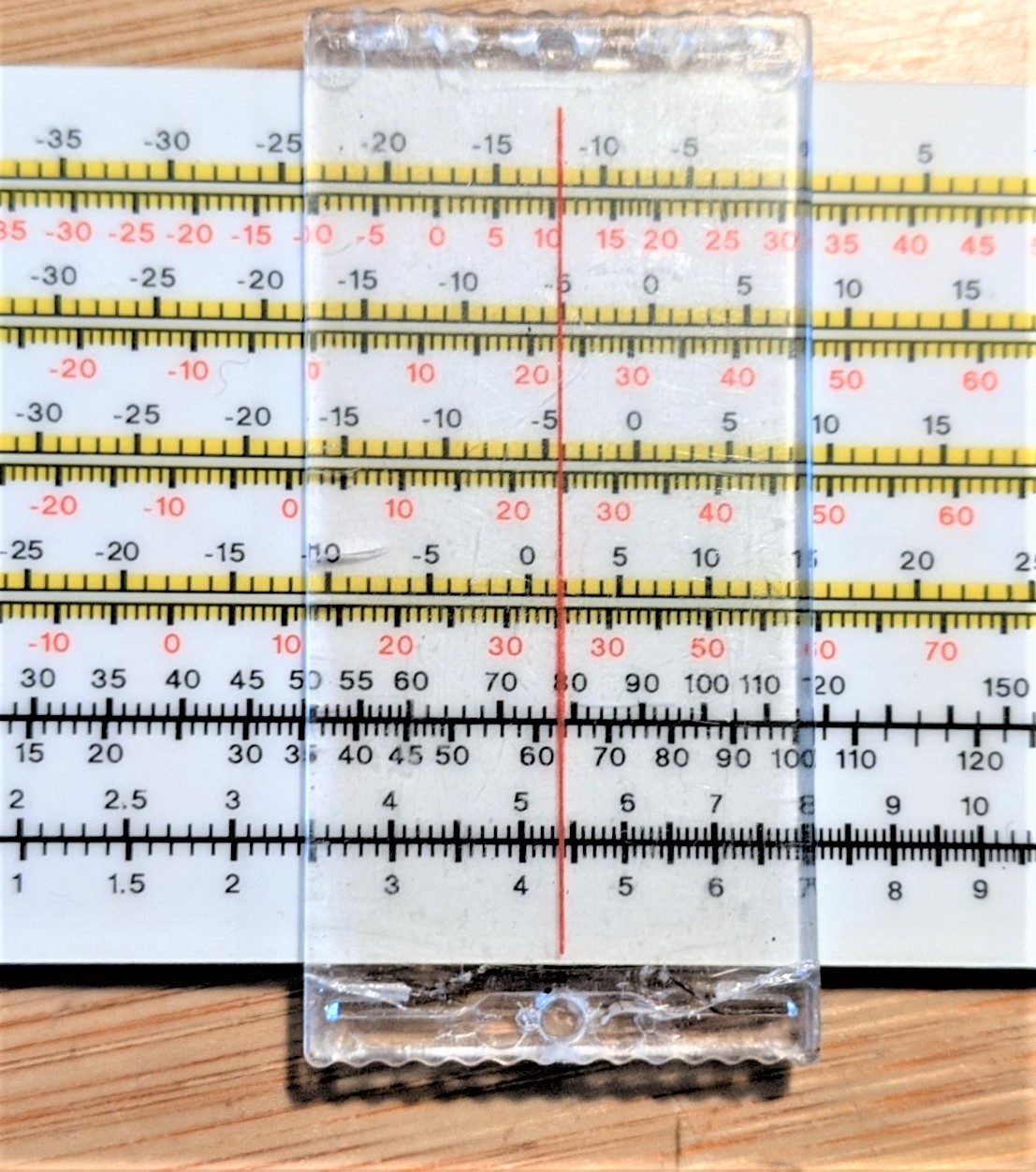 So, then I go to my trusty refrigerant slide rule for confirmation and find a bit of a head-scratcher there as well. It appears that “40” doesn’t exist on the bottom red scale, instead there are two “30”s to choose from. So much for my precision instrument, but then it was free after all.

We all make mistakes. Our motto at Coastal Climate Control is: “Do it once – Do it right”, and that’s the result of having seen so much money and time wasted in efforts to cut costs and installation time, only for things having to be replaced and/or reworked later on.

If you’re looking for a new refrigeration system, Coastal can help you avoid making the sort of mistakes we see all too often. We can help plan the system and guide you through the ordering process. We offer the best equipment available, from Frigoboat and Vitrifrigo, and we stand behind the products with our acclaimed customer service.

One word of advice: There is a general shortage of marine parts and equipment available, especially refrigeration and air conditioning. We are ordering parts now for delivery in June that would normally be in stock or at worst just a week or so away, so best act now. It’s not going to get better any time soon, I’m afraid.