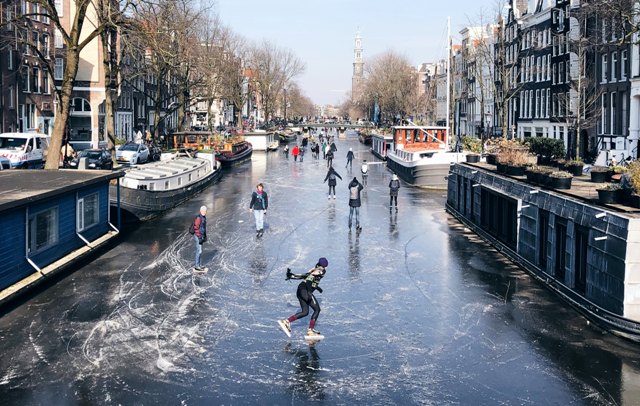 I wish flights could be quicker though, but there is no supersonic service any more now that Concorde has been mothballed, and Coastal Climate Control couldn’t afford that luxury anyway. So, we’re stuck with flying commercial airlines at subsonic speed, although we could get closer to the speed of sound at cruising altitudes if it weren’t so important to use fuel economically.

The sound barrier is not something a commercial airliner should be toying with, as shockwaves, booms, and bangs can cause all sorts of issues, not the least of which is increased drag. Another point to consider is that at higher cruising speeds, the air being pushed upwards on the top of the wing is accelerated into the transonic zone, i.e. almost but not quite at the speed of sound, so that’s just about as fast as we want to go eight miles up.

It would be nice to have a hassle-free trip by air. Half the battle is just getting to the gate, but then you’re likely to be caught up in a frenzied mob desperate to get on quickly and grab an empty overhead bin. Aircrews have been known to refer to this melee as an infestation of “gate lice”, and stepping back and observing the scene, you can see why. Once on board, everything comes to a standstill waiting for the conclusion of numerous overhead tussles between bin and bag. Either those bags are over-sized, or the bins under-sized, and I know where my money is.

So, it was another fun-filled and action-packed METS this year, and this show never disappoints. We enjoyed three days of meetings, greetings, and discovery, with the best of the world’s marine equipment on display. No boats, you understand, just the bits that go on them, in them, and that help to create them.

Some interesting discussions came up with marine solar suppliers concerning wiring configurations for solar panels on boats. One in particular was horrified to hear that some installers treat marine installations like houses and string multiple large panels together electrically in series.

In theory this sounds ideal, as it increases voltage while keeping current to a constant 6 to 8 amps, so wire sizing can be kept to a minimum. But this can entail voltages in excess of 50v and up to 100v or even higher, which is all potentially lethal. While there are standards and practices for residential and commercial installations that mitigate potential hazards from high voltage DC current, no such guidance exists for mobile applications like boats.

Unlike houses, boats experience variable degrees of lateral and vertical movement, torsional and kinetic loads, plus vibration and expansion/contraction issues. Now throw in the fact that this is all happening with water either dousing the wiring, connections, etc., or sitting just a few feet away, and you can see why there is such concern.

Don’t expect the ABYC to come up with anything anytime soon, for as far as I know there is no ABYC standard or recommendation for anything on a boat that involves DC voltages above 50v, and rightly so in my opinion. The advice from the marine solar manufacturers is to keep series string voltages to around 50v max, and then parallel-wire series strings to a controller. Better yet is to install multiple controllers, which offers flexibility, redundancy, and helps to reduce the effects of shading.

One of the challenges of international travel is keeping communication channels open and operational. The Coastal Climate Control crew suffered a Wi-Fi blackout one evening when trying to catch up on office emails in the late-ish evening at our B & B. After much ado and some serious flustering by our very concerned host, the issue was solved by him leaving his phone in a plant pot outside our street-side window overnight with the Wi-Fi hot-spot operational. How’s that for service! The phone was gone in the morning. No word on whether the landlord retrieved it or it fell into other hands.

We do like METS, Amsterdam, and those smiling, friendly Amsterdamers!