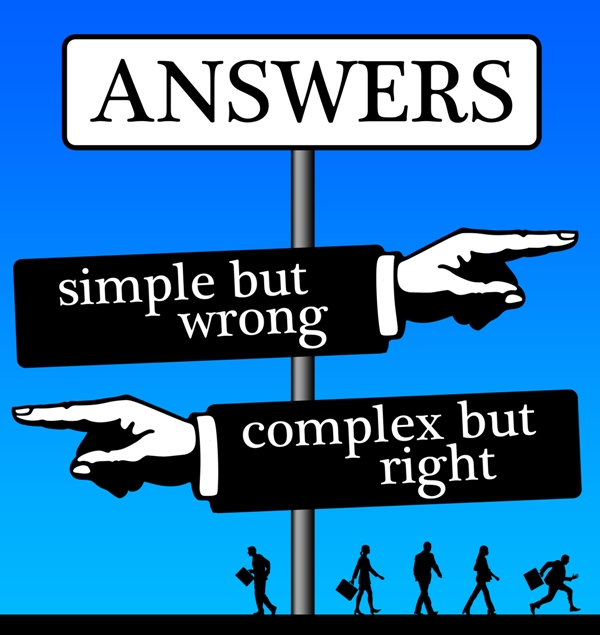 First there was the abacus. Then there were slide rules (I still have one that I use as a straight edge). After that came rudimentary mechanical calculators followed by electric and then electronic versions, and now calculators have wound up being one of the most rudimentary features of computers, smart phones, watches, etc. All of the aforementioned devices require that the operator first input the correct information and then give the correct commands in order to be supplied with the desired result. Put in the wrong information and/or give an incorrect command, and the result will be erroneous. Garbage in - Garbage out.

This character trait of taking action on an answer without knowing what it means or how it was devised is not so uncommon these days. In particular, it seems to be afflicting the increasing number of rogue so-called technicians found tinkering these days on customers’ boat refrigeration systems at the owners’ cost. 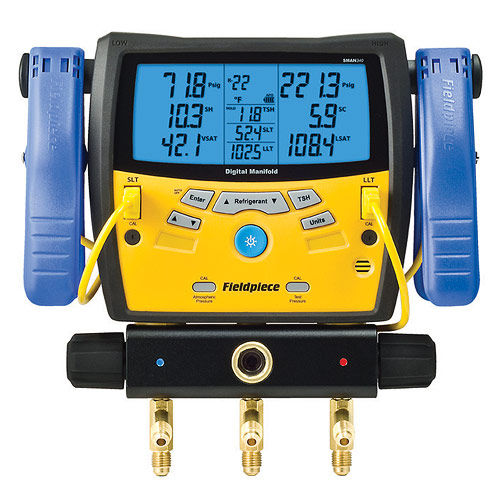 The problem has been exacerbated by the advent of complex, all-in-one refrigerant gauge sets, replete with digital read-outs, buttons, switches, temperature probes etc. It was bad enough when a rogue tech would connect an old-style gauge set and stare blankly at the two round, analog gauges. Typically, after pondering a while as to what on earth the gauges might be indicating, the tech would “give it a shot of Freon” out of desperation, take the money and run. Of course, the system would then be overcharged and performing worse than before.

But nowadays rogue techs are coming armed with fantastical-looking whiz-bang digital gauge sets that only compound the problem, often together with dubious marine certification. Now, minds already with questionably a sparse knowledge of the subject are being confused further with the array of digital information available at their fingertips.

A case in point recently was a technician who insisted that a brand new evaporator on a new system was completely blocked. He sounded quite competent at first, and sent pictures of his fancy digital gauge set to show “proof” of his findings. His methodology was soon seen to be flawed, and he had to be asked twice to perform a simple vacuum test on the evaporator. Having still not followed our directions, he then claimed proof of a total blockage by having the suction tubing open to the air and then drawing a vacuum on the high pressure line.

My concern as to why he felt that drawing air and humidity through an evaporator would not be detrimental, or that it would actually prove anything, was overshadowed by his misinterpretation of what his gauges were telling him. He boldly informed me that his assumption of a blocked evaporator was confirmed by his digital vacuum gauge showing a 2000 micron vacuum. But that number is about what you’d expect if you drew a vacuum through a capillary tube that’s open at the other end. Busted. A classic case of twisting the evidence to suit one’s theories and preconceived ideas. That tech was promptly sent packing.

Of course he was totally wrong and there was absolutely nothing wrong with the evaporator that a good long vacuum wouldn’t fix. That was necessary in order to remove any moisture introduced by sucking humid air through it, and this time we’d get it down to a real vacuum of 400-500 microns.

That number 42 I used earlier was not chosen randomly, as some of you with a whacky sense of humor may have already surmised. In the 2005 film based on the wonderfully quirky British radio and TV series from the ‘80s “The Hitch Hikers Guide to the Galaxy”, aka HG2G, the number 42 is indeed given as: “The Answer to the Ultimate Question of Life, The Universe, and Everything”. It was supposedly derived by a supercomputer named Deep Thought over the course of 7.5 million years, but no one seems to know what the original question was.

Deep Thought says: “Only when you know the question will you know what the answer means.”

For some light-hearted relief from the thought of rogue marine refrigeration techs roaming the docks armed with digital gauge sets, watch the HG2G clip here; https://www.youtube.com/watch?v=aboZctrHfK8