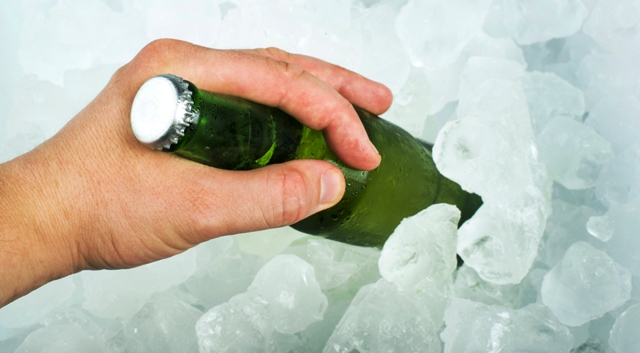 "Icing Down the Beer" vs "Beering Up the Ice"

But what about your refrigerated ice box? Isn't it always being kept cold?

If an enclosed space is required to be kept at a lower temperature than the surroundings, i.e. a refrigerated box or cabinet, it must be surrounded with an insulated barrier to try and prevent much of the heat from entering from outside.

Just how much heat enters the box at any moment will depend on two factors: the temperature difference between inside and outside of the box, and the effectiveness of the barrier. The actual contents of the box have no influence on the instantaneous amount of heat entering, so if the box were either completely empty, or well stocked with cold goodies, the same amount of heat will be entering because the temperature difference between inside and outside is the same.

So why do some galley operatives endeavor to keep their fridges and freezers as full as possible in an effort to save power usage?

The confusion may arise when considering the two configurations of insulated boxes typically found on boats: those with a top opening hatch, and those with a front-opening door.

The more well-stocked a front-opening box is, the less air there is to lose when the door is opened, and so less refrigeration run-time is required to cool down the warmer air now in the box. It's not as bad as it might seem though, because if you dumped all of the 40F air from an empty 10 cu ft refrigerator and replaced it with 80F air, it would take just 2 to 3 minutes of refrigerator run time to cool the new air.

However, if the replacement air contains any significant amount of moisture, it could lead to a heavy build-up of frost on the evaporator plate, and that will significantly affect the efficiency of the refrigeration system.

My advice: Don't analyze things too much, and always keep your fridge well stocked with beer!