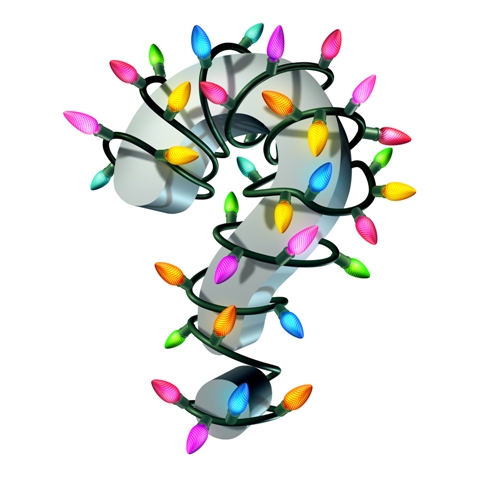 Anyone with a refrigeration system on their boat or RV that is powered by a Danfoss (now Secop) BD35 or BD 50 compressor should be aware of the diagnostic diode function, which, with a simple flashing LED, tells you the fault reason that caused your compressor to stop.   Much of the following also applies to the BD80 compressor controller.

By connecting a simple 10mA 12v LED across the "D" terminal and a "+" terminal on the electronic controller attached to the compressor, you will have added a powerful fault-finding tool that may save you a lot of time and trouble later on.

Why the manufacturer elected not to incorporate a diode in the controller housing is anyone's guess, but Coastal Climate Control comes to the rescue here with three options:

1. A Coastal Diagnostic LED kit with an LED that you can either install permanently or keep in the spares kit.

OK, so now you have some form of diagnostic LED installed, what is it going to tell you? If your fridge or freezer system unexpectedly stops working, i.e. other than the thermostat stopping the compressor, and you go take a look at the diagnostic LED, what exactly are you looking for?

Well, if the LED is not flashing, then you most likely have either a total or partial power supply failure, or an issue with the electronic controller or thermostat. Check the incoming power supply, and if that proves to be OK then short the "C" and "T" terminals on the electronic controller. That will by-pass the thermostat system, so if the compressor then starts and runs, your problem is in the thermostat circuit.

Before you start trouble-shooting and relying on the LED, it would be prudent to first test it by removing the connection on the "D" terminal of the controller and touching it on a 12v negative connection to check that the LED lights up. Be aware that these systems can be powered either by 12v or 24v, but will always use a 12v diagnostic LED.

If the diagnostic LED is flashing, then it will be blinking a code of either one, two, three, four, or five flashes, followed by a short rest period.

1. One Flash: This is a low voltage alarm, and is a highly reliable indication of a wiring or connector issue. This alarm does not lie. If you have this alarm, you have an issue in the wiring somewhere, and not inside the refrigeration equipment.

Yes, you may have two tons of batteries with megapower capacity, plus solar, wind, hydro, etc., and the meter on your panel might be showing 14+ volts, but this does not guarantee that you have good power at the end of the two wires powering your fridge.

The one-flash alarm starts when the voltage dips below 10.4 volts, and then the system needs at least 11.8v before the compressor will start up again.

2. Two Flashes: This is caused by an overload on the fan terminal. Any fan, or relay to operate a water pump, will be connected to the "F" and small "+" terminals on the controller, and will be turned on and off with the compressor.

This output is limited to only around 1 amp surge or 0.7 amps continuous, which is why we have to operate pumps or large fans via a relay.

Note that due to bit of fancy electrickery, the fan supply is always 12v, even when the system is powered by 24v.

3. Three Flashes:Now this has become a very common alarm. It means that the compressor cannot get started, and is most likely to be either a problem with the compressor itself, or the electronic controller that is trying to start the compressor.

If the compressor will never start and always gives the three-flash code straight away on power-up, then it is almost certainly an electronics problem, and replacing the controller is the only option.

Note that this alarm occurs only when the compressor has stopped and then cannot start again. If your compressor is quietly chugging along and suddenly stops and gives the three-flash code, it is a symptom that something unusual, like an intermittent break in the power supply or thermostat circuit, has stopped the compressor.

If the fault then quickly rectifies itself and the compressor tries to start again too soon after a brief stoppage, the difference between the high and low pressures within the compressor may be too great for it to able to start. In this situation it is quite likely that you'll see the three-flash alarm, but the actual problem will be in the wiring or ancillary equipment.

While the LED is giving a three-flash signal, the fan or water pump will be running, but not the compressor. Then, every 60-90 seconds, the fan or pump will stop for a second or two while the controller tries to start the compressor again, and if the pressures have not equalized sufficiently, then the sequence starts over again.

This is often wrongly misinterpreted as the compressor running for 60-90 seconds and then stopping briefly, when in fact it is only the fan or water pump that is running.
A three-flash alarm is highly unlikely to be the result of an internal fault in the compressor.

4. Four Flashes: This is a strange one, and we've only ever seen or heard of it once, and we never did find out the cause.

It indicates that the compressor can start but cannot maintain a minimum speed of 1,850 RPM. Sorry, but we can't give much guidance on this one other than to make sure you're not seeing things and that you're counting properly!

5. Five Flashes: This is usually either bad news or very, very bad news. It indicates that the heat sink on the electronics has exceeded the limit of 100°C (212°F), and is a result of the electronics working extremely hard.

Five flashes does not indicate that the compressor is in an environment that is too hot for it, unless the system is working flat out and you are accidentally aiming a heat gun at the controller.

So what makes the electronics work so hard? Well, if the compressor is trying to compress liquids, and not refrigerant gas as it was designed to do, then the electronics will soon become stressed to the max.

If the refrigerant circuit is flooded with liquid refrigerant due to a massive overcharge (bad), or with sea water from a breached condenser (very, very bad), the electronics will eventually become overloaded and bring up the five-flash alarm, if the compressor can actually run, that is ....

NOTE: The current SECOP controller, 101N0212, does not have a heat sink for the electronics, but still incorporates this alarm.

6. Six Flashes: Did I mention that the new Secop 101N0212 controller has a six-flash alarm? Well it does, but it is something to do with electronic thermostats, which we don't use.

LED lit continuously: If you see that the LED is lit continuously, i.e. not flashing, then there is a problem either with the electronic controller, the connection of the LED, or your eyesight.