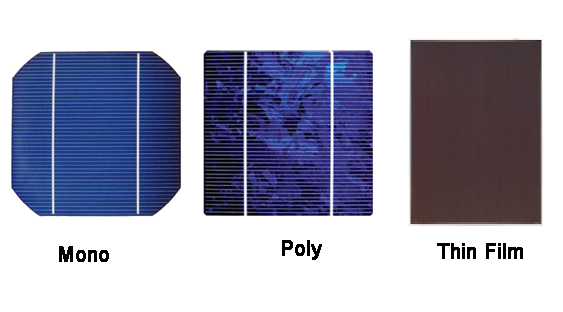 The published wattage rating of solar panels is determined by testing with a machine that flashes a light with an intensity of 1,000 watts per square meter on to the panel as if the sun were directly overhead. This flash test, performed under standard temperature and air quality conditions, gives a theoretical maximum power output that might be possible from that panel under the most ideal conditions.

This may sound like a cheap marketing ploy, but in fact is done from a safety aspect, as the cable and safety devices (fuses, breakers, etc.) must be sized in accordance with the maximum power that the panel(s) might produce, especially in multiple panel arrays. Typically, a panel will produce nowhere near its rated output in normal use, except maybe occasionally and then only very briefly. Considering the above, and the multitude of ever-changing conditions in a real deployment, it is not practical to simply use the wattage rating of a solar panel as an indicator of what power output to expect over the course of a complete solar day; i.e. from sun-up to sun-down. So how can we estimate what size panels, and how many, we might need to satisfy our daily amp/hour consumption?

First it is necessary to differentiate between the three most common types of silicon cells in general use.

• SunPower® Cells - These are very high efficiency cells, at 22.5%, and so solar panels utilizing these cells will be considerably smaller than similarly rated panels using other types of cells. These are monocrystalline "Back-Contact" cells, where the cell surface is completely free of any grids or metal strips and collectors, and are distinctive in being completely black in appearance. They are thinner and have better low-light performance and higher heat tolerance than standard cells, and the absence of any metal collectors, bus strips, etc. on the exposed surface means that the entire cell surface is used for collecting solar energy. An added bonus of the lack of metal strips on the cell is that there is nothing elevated above the cell surface to generate shadows at low angles of incidence, i.e. early and late in the day, as is the case with regular cells.

• Regular Monocrystalline (Mono) Cells - Regular cells will have the familiar grid pattern of metal strips on the surface that collect the electrical energy. In addition to not performing as well as SunPower® cells in low light and high heat conditions, the presence of the grid strips sitting proud of the cell surface inevitably throw shadows on the exposed cell surface when the sun is low, leading to reduced output in the morning and afternoon.

• Polycrystalline (Poly) Cells - Unlike mono cells that are sliced from a pure silicon crystal, poly cells are made up of silicon off-cuts and remnants recycled from the semiconductor, photovoltaic, and other industries. These pieces are melted down into ingots that are then sliced into cells and used in lower cost solar panels. As well as having the same disadvantages as regular mono cells compared to the SunPower® cells, the existence of the individual silicon flakes in poly cells results in even lower output at low angles of incidence of the sun. This is due to the edges and corners of the individual silicon flakes interfering with power generation as the sun's rays strike the cell surface at an angle.

From the above, it can be seen that although solar panels with different types of cells may have the same wattage rating, their potential daily power yield over the course of a complete solar day will vary considerably.

There are many, many variables to consider when one attempts to estimate the potential daily yield of a solar panel, and there are quite a few ways to approach it. I have worked the numbers in a variety of ways, and the results have been fairly consistent, and feed-back from real-world installations have confirmed the assumptions. To simplify the situation, I will refer to the potential daily yield in amp/hours at 12 volt, as that is the most common method of measuring consumption on small and mid-sized pleasure vessels.

Note that the above assumptions are made using a good MPPT controller. These Maximum Power Point Tracking solar devices actually deliver more amps to the battery than is produced by the panel, but that will be something for later discussion.