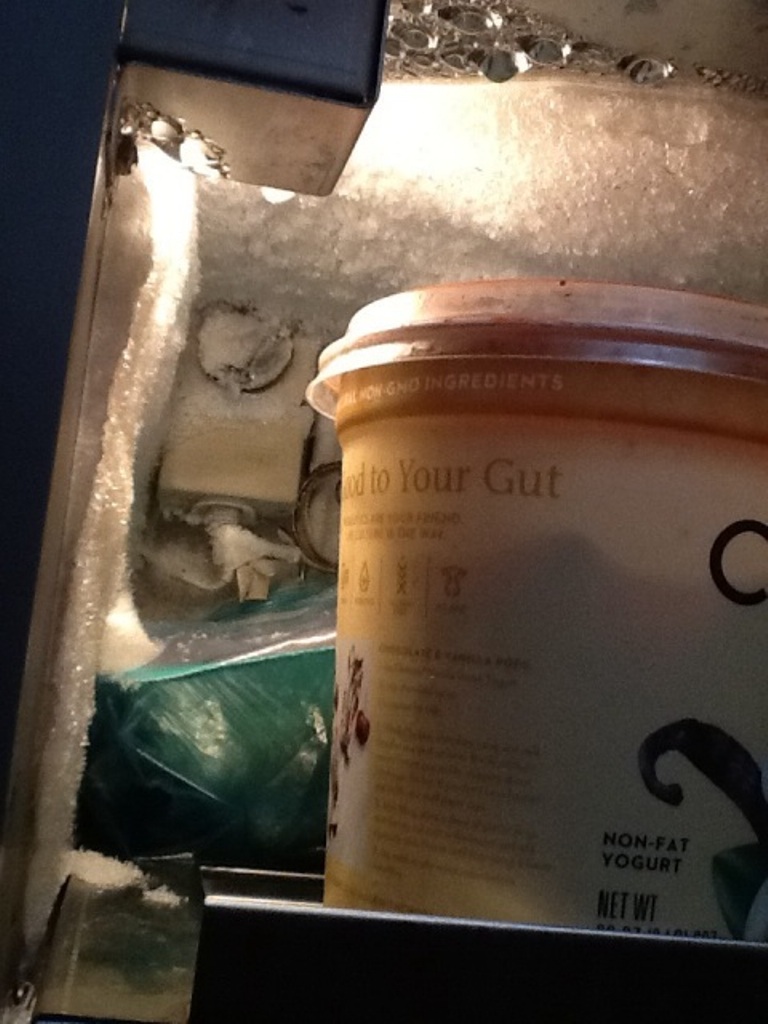 Remember back when you had to defrost your home refrigerator every couple of weeks? It was a fact of life. And then those frost-free refrigerators came about. No more defrosting!!

So why have we seemingly gone backwards in evolution and are having to defrost our boat's refrigerator/freezer boxes so often? Why can't our boat's fridge be frost-free too, you ask as you drape your frozen food in towels to keep it safe as you patiently wait for the ice to melt from your evaporator plates.

Natural defrosting is the only safe method, although a small amount of addition heat is OK, say from a portable inspection light in the box. Those who are impatient might consider using a hair dryer or heat gun, hot water, or, (shudder), an ice pick, but these are not recommended, as high heat and physical force are very likely to cause nasty and highly undesirable side-effects.

And who gets the finger pointed at them as the culprit for this lack of frost-free living? Why, the refrigeration manufacturer of course, although after reading the following, you may shift the blame elsewhere. 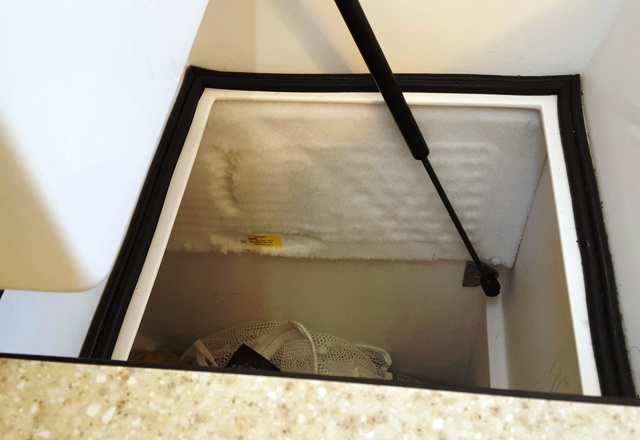 Let's look at this excessive frosting issue a little more closely. Why does so much ice accumulate? A correctly functioning ice box with an evaporator plate mounted high in the box should ideally always have a thin layer of frost over the entire plate, both on the front and the back. This is natural, as the surface of the evaporator is well below the freezing point most of the time, so any moisture in the air inside the box will end up as ice on the evaporator.

If a refrigerator evaporator is over-sized for the application, it may never get any ice forming on it and merely stay wet and dripping, whereas a freezer plate should always have some frost on it, regardless of its size.

Once the frost cover exceeds 1/8" it starts acting as an insulator and your system starts to work harder and harder to do the same job. When the frosting gets so thick that it blocks the airflow between the back of the plate and the box wall, only half the evaporator, i.e. the front surface, is effectively working.

Now, you may be saying there is so much frost forming on the evaporator, like a major snow event, that it can't possibly be all coming from the air in the box, so where does it come from? The answer is simple: it's from warm, humid air that is coming into the box from outside.

As air cools it becomes denser and therefore heavier, and sinks to the bottom of the box, pushing warmer air up and over the evaporator to be cooled. This is natural convection. 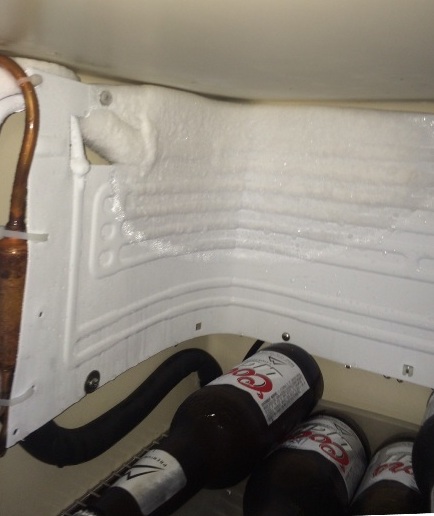 If there is any weak seal on a front-opening door, or an unplugged drain or access hole, then the heavier air will tend to force its way out and escape into the cabin. Once air escapes, replacement air must be drawn in from elsewhere, and this typically happens at the top of the box where the seals are generally weaker, hence the greater build-up of ice usually found at the top of the evaporator.

Boxes that only have top-opening hatches are not immune to this malaise, and can still be susceptible to loss of cold air and subsequent inflow of replacement air, especially with weak lid seals (gaskets). This can be the result of either natural convection, or more usually accelerated by a forced-air spillover system.

Employing a circulating or spillover fan that produces anything more than a zephyr (i.e. a soft gentle breeze) will tend to pressurize one location, forcing air out of a weak seal and drawing cabin air in to replace it through a different location. Spillover systems with an undersized opening(s) at the top of the barrier between the fridge and freezer portions very often suffer from excessive evaporator frosting. There must be ample provision to allow warmer air from the fridge to circulate back into the freezer, otherwise the fridge will become pressurized and cold air will escape from the box.

If, after reading this, you still want to lay the blame on the refrigeration manufacturers' doorstep, try this. Next time you plan to leave the boat unattended for a while with the fridge running, defrost your box before you go and then cover the gaps where the doors and/or lids meet the cabinetry with masking tape. There will no doubt be an intense level of anticipation as you wait to see how much frost build-up you have when you return to the boat.

It's surprising how often this little trick settles the argument of where the blame lays.